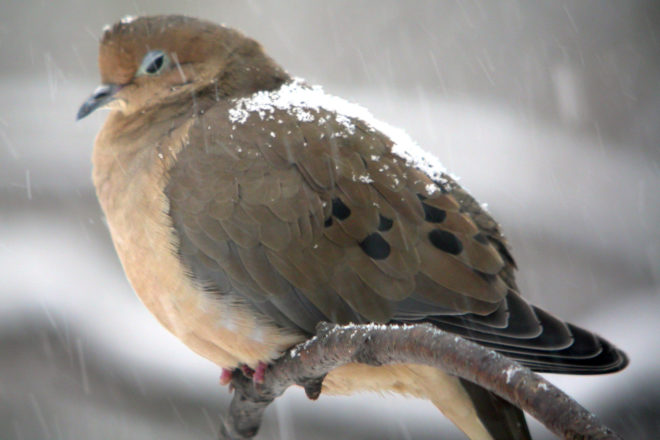 An old advertising phrase, “You’ve come a long way, baby!” could apply to the Christmas Bird Counts (CBC) that have become so popular throughout this continent. These annual early winter events are sponsored by the National Audubon Society and the U.S. Fish and Wildlife Service and were started by a group of interested and concerned nature enthusiasts in 1900.

They were motivated by Frank Chapman, curator of ornithology at the American Museum of Natural History, and begun in protest of the original Christmas Day “slaughter” whereby area “sportsmen” vied for the title of who could shoot and kill the most animals – bird or mammal – on Christmas Day – of all days!

The bird counters wished to publicize conservation rather than destruction of wildlife. Eventually they won out, and 2017 marks the 118th year of these important bird counts.

The Audubon website has summaries of all the Christmas counts done in the North American continent, into Central America and some of the Caribbean islands. In 2016 there were 1,920 counts done just in the United States, with 471 in Canada and 132 in Latin America, Bermuda, Caribbean and some Pacific islands. More than 59,000 people helped to tally birds and 646 species were found in the U.S.

Studies done during the past years show how global climate change is affecting birds in many areas. The warming of the north Pacific near Alaska has changed the food sources for many aquatic birds, causing die-offs of a number of species.

The great feature of doing these counts is that so many people can participate. Many do so by monitoring the birds that come to their feeders. Others gather in organized field groups and survey specific areas within a 15-mile diameter circle. These same circles are canvassed each year to give consistency to the annual counts.

Our state bird organization, the Wisconsin Society for Ornithology (WSO), uses the information gathered to help add to their records, which will indicate trends in expansion or reduction of the range of a bird species; record greater flights or invasions of species into the state, species such as great gray owls, snowy owls and other northern nesting species; and help ornithologists to follow fluctuations or dramatic changes in bird populations.

The spread of the ubiquitous but colorful house finches westward from the east coast of the United States was first documented by the CBCs. Decline of several species of waterfowl was also strongly reflected in the count results from year to year.

Contrary to normal assumptions, the CBCs are not contests to see who can amass the most bird species in a day. In fact, negative reports are also of considerable value to the long-range studies of wintering birds. 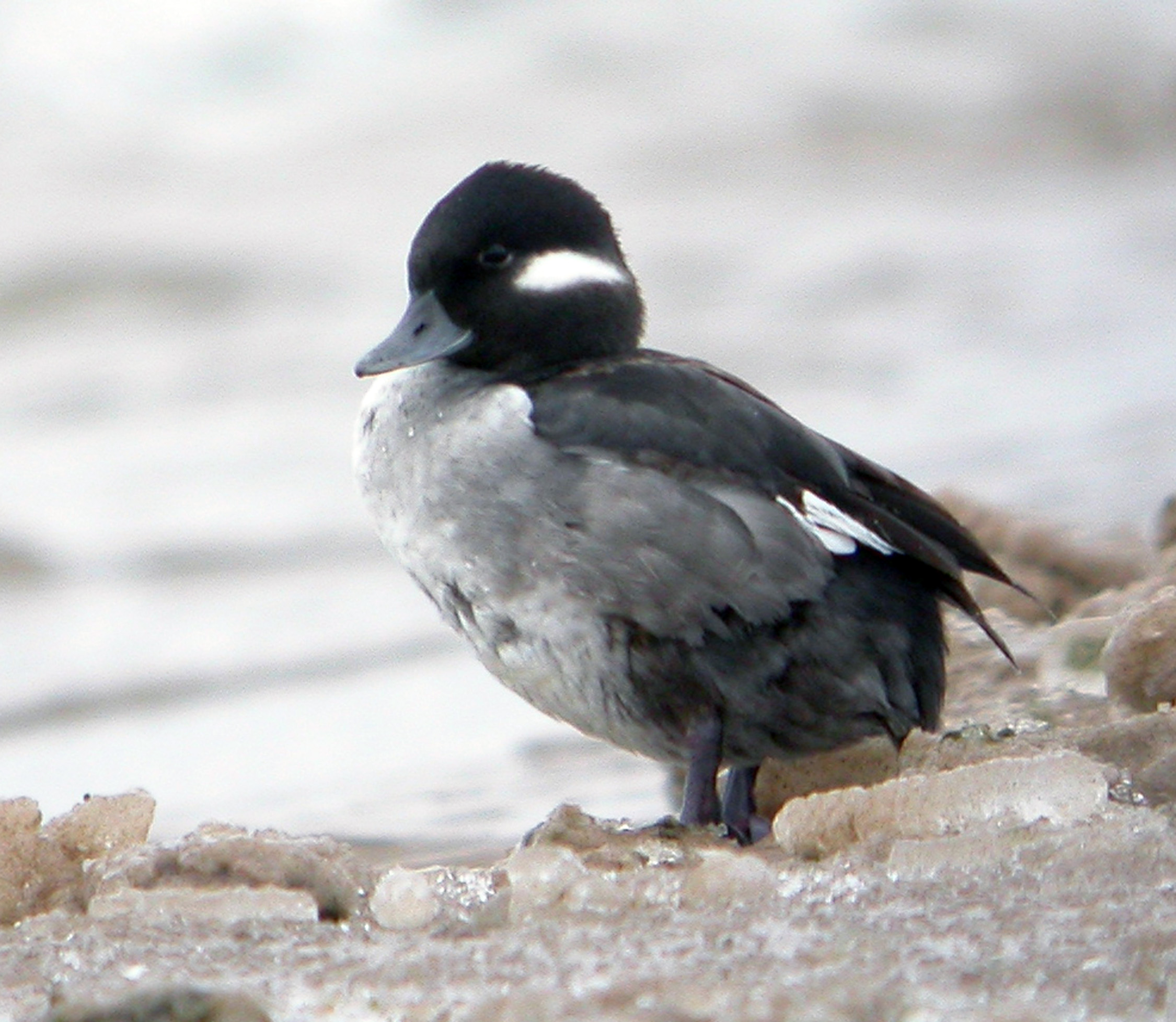 Waterfowl, like this bufflehead duck, are hard to find when the bays freeze and become ice covered.

I must admit that we take each count very seriously and try not to miss any birds. Experience has taught us that three or four birders, riding together in one car and carefully scanning the terrain and trees in all directions, don’t miss a lot of birds. They also tend to greatly increase the pleasure of seeing some rare species.

I’ve always maintained that when a person can look over records of a CBC taken 40 years ago (Roy started in 1958 and Charlotte in 1972) and clearly recall some rather minute but exciting details, these are extremely memorable and worthwhile experiences.

We both participated in the Ephraim (Northern Door) count for many years, but in 1996 we decided to revive the Sturgeon Bay count and start a new one in Southern Door called the Brussels count.

Each year’s results can be affected by many factors, such as how many people were observing at feeders and how many groups did field work. Weather conditions also play a major part in the ease of finding birds. When there is no snow cover many species can find natural food out in the fields and woods and do not visit feeders very often. The bare open ground also makes many bird species blend in with the landscape and difficult to see.

A good layer of several inches of snow can make a big difference as the birds are easier to see and more will come to feeders. Our counts in 2016 were canceled due to heavy snowfall on one day and then blowing snow and icy roads the next day.

Another factor is that many people work during the week so we have only a few weekends in which to run the count and the Christmas holiday often prevents some from participating. The designated count period is from Dec. 14 to Jan. 5 each season and the count must be done in one 24-hour period.

Our 2017 count results were recently sent to all the participants and several records were set for the Sturgeon Bay survey. An unusual hooded merganser-common goldeneye hybrid was seen for just the second time in the 21 years of this count. One great blue heron and one osprey were seen for only the second time. We tied the record of 15 bald eagles. Two northern flickers were found – tying the record of 2004 and 2009, and a new high of 47 ravens was set. The previous high was 45 seen in 2001. A new low record of 259 black-capped chickadees (previous low was 262 in 2004) and a new low was set of only 27 house sparrows. We had a high of 259 in 2001.

The Brussels count also had a few records with a long-tailed duck observed for the first time and high records for mourning dove (325), yellow-bellied sapsucker (2), hairy woodpecker (34) and a first-ever common grackle. The gull species seemed to be near their all-time lows for both counts. We always plan to do the counts on the first weekend in hopes of having open water for finding the gulls and waterfowl. Once ice forms along the shores and smaller bodies of water freeze up, these birds are not present in great numbers and are more difficult to find.

The 2018 Christmas bird counts are planned for Saturday, Dec. 15, and Sunday, Dec. 16. Mark your calendars and let me know if you would like to help. You will enjoy the day and will add to the research of Door County birds!