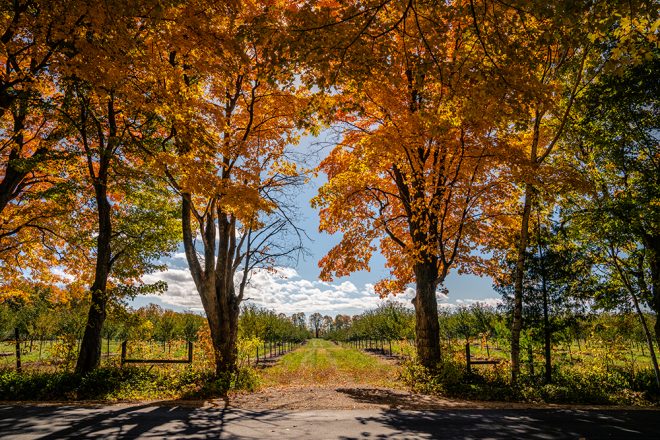 This article appeared in the Autumn 2021 edition of Door County Living magazine.

Simple. Versatile. Essential. How many Door County evenings have been made better by its presence? How many have been ruined by its absence?

In early spring, I jump the gun, shedding the thick layers of winter at the first sign of the sun to don a thick pullover. Soon my hands are jammed into the pockets, too stubborn to reverse course.

When I moved to Chicago in 2012, I quickly realized I had to upgrade my wardrobe. Jeans and the hoodie would no longer do.

I purchased a couple decent pairs of jeans, a second pair of “nice” shoes, and my first sports coat.

I had never owned a sports coat before. To tell the truth, I didn’t really know the difference between it and a suit coat, so I bought one of each just to be safe.

Over time I got used to it, and even liked the feeling of dressing a little less like a slob. Tucking my shirt in. Acting like an adult.

But when I moved back to Door County five and a half years later, I let my wife in on a secret – we might never have to dress up again! This wasn’t quite the selling point for her as it was for me. But the hoodie, I told her, was the sports coat of Door County. Dress it up or down, acceptable in most occasions. Necessary in almost all of them.

Sometime in mid-May, the heavy hoodie gets a break. I can slip into the lightweight model – my spring hoodie. Sure, I might get bit by this choice from time-to-time, but it’s May and after the always long, always disappointing March and April, I’m desperate to feel the weight off my shoulders, a little more swing in my arms.

Some will go a step further and commit to the long-sleeve t-shirt. The wise ones among us laugh at them. “Maaaaybe he’ll get lucky…but I doubt it.”

On rare occasions in July and August I’ll leave the hoodie home, but only after several minutes of serious contemplation on the front porch, gauging the wind, checking the radar.

Sometimes I still slip up. Fooled by the humid weather in Sister Bay, I’ll head to the office in Baileys Harbor, step out of the car to feel the brisk harbor air – 20 degrees cooler than Sister Bay – and curse my stupidity. At 42, I should know better.

But autumn is here now, and it’s no time for games. Leave the house after Sept. 1 and the day could take you anywhere, and when you get wherever that is, you’re going to want that hoodie within reach.

At the campfire. On the shore watching the sunset. At morning coffee in Baileys Harbor and devouring evening custard in Fish Creek. Watching the late afternoon innings of a  Brewers game at the Garage Bar. And definitely on those last fall boat rides.

And at least in Door County, just about everywhere else.