Archaeology – the excavation and analysis of human history – proved the perfect metaphor for Milwaukee playwright Marie Kohler to explore mental illness and the strains it places on familial relationships in her drama, The Dig.

Part of Third Avenue Playhouse’s Winter Play Reading Festival, The Dig follows the bond between siblings Mattie and Jamie from a joyous, shared childhood to Jamie’s schizophrenic break while on an archaeological dig in Lebanon in 1968. The play begins three decades later when an official investigation questioning the legitimacy of Jamie’s dig 30 years earlier forces Mattie to confront her family’s mysterious past. 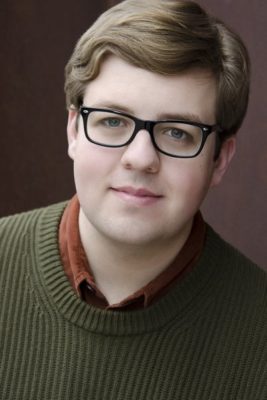 The play follows her journey through flashbacks as she attempts to reconcile childhood memories of an older brother who once regaled her with stories of ancient myths with the cryptic, challenging man he has become.

“It covers some really intense topics, chiefly of those being:  how do you continue to love someone who isn’t the person that you once knew?” Coddington said.

The Dig premiered in 2009 at Renaissance Theaterworks, a Milwaukee theater company Kohler co-founded in 1993 with four other women. Kohler wrote the piece for the company, whose mission is “to create moving theater that awakens our recognition of what it is to be human – from classics to world premieres – with attention to roles for women onstage and off.”

The drama was born of Kohler’s interest in archaeology, mental health and history, and from her love of mythology. The Dig incorporates the theories of the late American mythologist Joseph Campbell, particularly his theory on the “hero’s journey.” In his magnum opus, The Hero with a Thousand Faces (1949), Campbell describes the hero’s journey as a basic narrative pattern found in narratology and comparative mythology:

A hero ventures forth from the world of common day into a region of supernatural wonder:  fabulous forces are there encountered and a decisive victory is won:  the hero comes back from this mysterious adventure with the power to bestow boons on his fellow man. 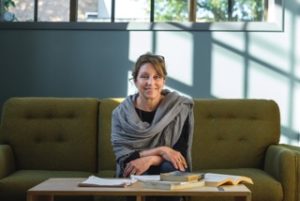 Kohler applies this theory in attention-grabbing, heart-rending fashion with The Dig, a play made possible through dedicated study of its primary theme of mental illness. Kohler has spoken with psychiatrists about the impacts of mental illness on those closest to the individual afflicted, and through careful, poetic presentation, crafts a narrative she hopes resonates with those who have experienced it firsthand.

“When this occurs to someone that’s close to you, it’s as if that person disappears,” Kohler said. “If it happens to a person as a child, that someone afflicted by this sort of disappears from their world, especially if they’ve been a prominent, nurturing figure. There is a sense of complete loss that, as a child, it’s really hard to understand and perhaps needs to be sealed over the way an archaeological tomb would be. It’s only in adulthood, with certain bravery and with certain circumstances helping you, that you’re able to re-explore that and understand how it’s impacted your life and how you can fully go forward.”

The Dig performs at 7:30pm on Saturday, Feb. 24 at Third Avenue Playhouse. Admission is a pay-what-you-can donation. An audience discussion of the play with cast and director will follow the reading. For more information visit thirdavenueplayhouse.com.