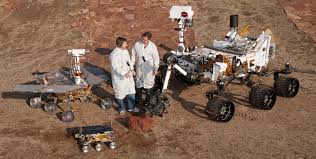 As many government space agencies and some private companies plan manned missions back to the moon and to Mars it offers the opportunity to look at the sequence of missions that have led up to it.

Exploration of our solar system by planetary scientists is in many ways like searching for a new house when we relocate here on Earth. We start with observations and gathering information. We now use the internet and tools like Google maps and Google Earth to get an overview of the area. Then we get in the car and take a drive. If an area looks promising we may then drive around – “orbit” – an area, looking at schools, parks, shops and other things. Finally we get out and explore on foot, visit a house, and observe and gather as much information as we can. 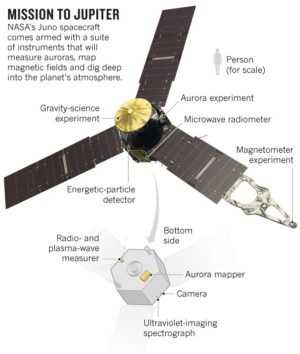 For NASA the sequence of missions to the moon, or any of the inner or outer planets followed a deliberate plan. Initial observations were made with earth-based telescopes and space-based telescopes. Then a “flyby” mission was planned. Send a spacecraft with instruments and enough fuel to just fly by the planet, take photos, measure size, mass, chemical make-up and gather as much information as possible on this brief encounter. Examples of flyby missions include the early Mariner missions to Venus and Mars, the Pioneer missions to Jupiter and Saturn and most recently the New Horizons mission to Pluto.

Next in the sequence is an “orbiter.” These spacecraft require just as much fuel to slow down when attempting to be inserted into an orbit around a planet as they do to accelerate to get there. They must also be more robust and durable to withstand the orbital insertion, the additional time in orbit, and sometimes radiation or magnetic fields. All the while they are transmitting photos and data back to earth. Examples of “orbiter” spacecraft are the Messenger mission to Mercury, Magellan mission to Venus, Mariner 9 to Mars, Cassini to Saturn and the current Juno orbiter to Jupiter. The Juno spacecraft requires its electronics be housed in a one-centimeter thick titanium vault to protect it from Jupiter’s intense radiation.

After orbiter missions or sometimes as part of an orbiter mission, a “probe” is sent directly to the planet. Again sensors and cameras are used to observe and gather information regarding the planet’s atmosphere, make up and density and all the other information that scientists try to gather. Probe missions include Pioneer 13 to Venus, the Vega –Venus Balloon, and the Huygens probe to Saturn’s moon Titan carried by the Cassini spacecraft.

Landers and Rovers make up the next in the sequence of missions and have an amazing history of exploration. The Russian Lunokhod rovers on the moon and rovers on Mars include Sojourner in 1997, Spirit and Opportunity in 2004, and, operating since 2013, the Curiosity rover. Landers and Rovers carry instruments that are absolutely critical for future manned missions. They measure not only with visual cameras but with a variety of spectrometers for measuring x-rays and chemicals as well as radiation detectors, environmental sensors and atmospheric sensors. All of that data provides planetary scientists to plan for manned missions and what human explorers will need to take to protect them to survive but also what the planet’s environment can provide to them during their stay. 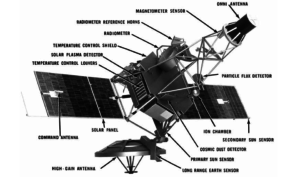 Each mission is built on the information gathered from the previous missions and manned mission are the final step in exploration. Manned missions are able to gather the most data and samples in the shortest time compared to Landers and Rovers. And future manned missions of longer duration are developed based on this information. They are also the most costly due to size of vehicle and the amount of items and technology required for life support.

Humans are explorers by nature and exploring space and our solar system are the part of our quest for knowledge and understanding. Manned missions to Mars are being planned while rovers are gathering critical data.

If you are interested in the current status of planned missions to Mars, come to the March 7 meeting of the Door Peninsula Astronomical Society at the Stonecipher Center at 2200 Utah St. Or join us for the next viewing night at the Observatory on Feb 25.