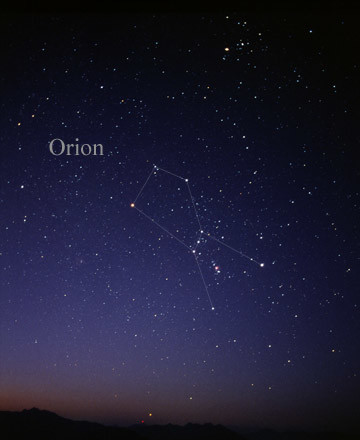 When I moved to Door County, I had to learn my way around the peninsula. Similarly, when I got interested in astronomy, I had to learn to navigate the night sky. The process for both was, for me, remarkably similar.

During my first attempts to explore the Door, locals were more than helpful in giving directions. “Just drive to a (certain tavern) and turn left,” or “Find a (certain pub) and then go south” [not that cardinal directions were all that useful in a place where the west side of the county seat was south of the east side]. I often wondered what people used for navigational aids during Prohibition.

It turns out that in Door County, “towns” are not communities but rather, defined regions and that well-known watering holes really are pretty good landmarks.

In the sky, constellations are regions and asterisms can be landmarks.

What people (including members of the Door Peninsula Astronomical Society) call a constellation is, technically, an asterism: a recognizable grouping of stars that supposedly makes a picture, especially if you are looking at a diagram with little lines connecting the dots. For example, the Big Dipper, a recognizable group of stars that almost everybody considers a constellation, actually is an asterism.

Asterisms can help you navigate the night sky. Someone might tell you to, “Find the Big Dipper and then draw an imaginary line from the ‘pointer stars’ on the far end of the dipper and you will find Polaris, the North Star.”

One might also guide you by saying, “Find Orion’s Belt – see it? Those three stars in a line. Well, if you just follow that line with your eyes, you will find Sirius, the Dog Star. See it? That really bright star?” You do, and it is bright. Orion is a great landmark…or sky mark? Whatever.

In the science of astronomy, constellations are regions: “Specific areas of the celestial sphere as defined by the International Astronomical Union (IAU).” There are 88 such regions and they cover the entire sky. Constellations, conveniently, usually are named for the asterisms within them.

Defining regions is particularly important for navigating the sky because the Earth turns. That means that stars appear to move during the night and also, to rise and set at different times in different seasons. You can’t just say “a star will be low in the northeast sky,” unless you are talking about a specific time and a specific season. And with the exception of the star patterns that surround the North Star, many asterisms will not be visible in the evening sky for parts of the year.

I remember a few years ago, a new comet – supposedly visible with binoculars – was reported so a group of DPAS members went out to the Astronomy Campus at Crossroads to search for it. We had read that the comet was in the lower corner of the asterism called the Great Square of Pegasus so we knew exactly where to look in the sky. Had we gone outside later when the constellations seemed to have shifted west, we still would have found the comet in Pegasus. Asterisms and constellations help scientists and amateur astronomers communicate locations. It works.

If you would like to learn more about astronomy, you are invited to attend the meetings of the Door Peninsula Astronomical Society on the first Tuesday of each month at the Stonecipher Astronomy Center at Crossroads. One of the regular features of these meetings is a short presentation called “Viewing Target of the Month,” which is designed to help folks navigate the night sky.

On Feb. 2 at 7 pm, the main program will be a video lecture called “How I Killed Pluto…And Why It Had It Coming.” If skies are clear, you might want to participate in the Viewing Night at Leif Everson Observatory on Feb. 6 after 6:30 pm.

The address of the Crossroads Astronomy Campus is 2200 Utah St., or just use landmarks. It’s on Sturgeon Bay’s east side, so just north of the Bay View Bridge (Highway 42/57) turn away from town on the first road (Utah Street), go up the hill until you get to the stop sign. You will see a sculpture of the Exo-Planet. Turn left onto the aptly named Sky Gazer Trail and you’ll be there. Easy.

Eye On the Night Sky is a monthly column by the Door Peninsula Astronomical Society. For more information on the organization, visit DoorAstronomy.org.