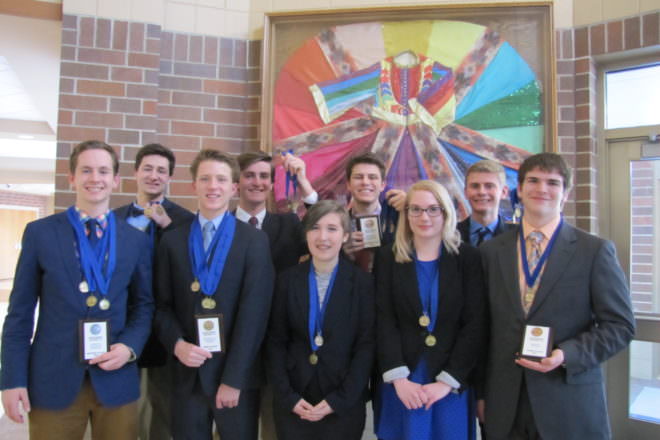 Their adviser, Mary Witteborg, coordinated practice sessions and mentored students in preparation for their events. She said that to have a 67 percent success rate is an outstanding achievement. Seven students go on to compete at the State Career Development Conference in March.