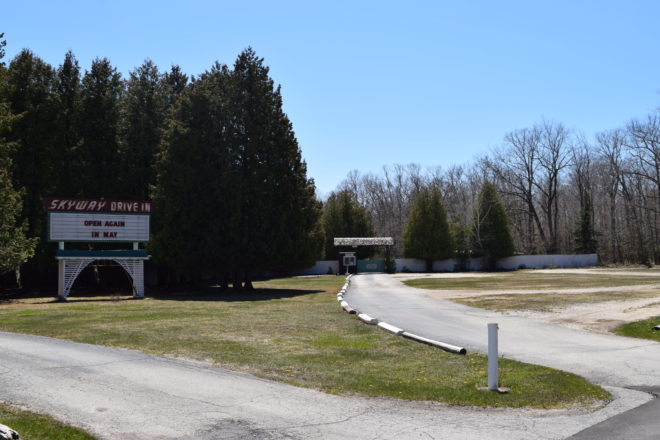 Dozens of senior parents and community members joined the Gibraltar School Board’s May 11 virtual meeting in support of the prospect of a graduation ceremony at the Skyway Drive-In Theater for the Class of 2020.

Prior to the meeting, seniors created a petition for the board to allow such a ceremony to happen, despite health and safety concerns. Additionally, seniors and parents had submitted letters to administration and school board members in support of the drive-in idea.

Before conversation on the graduation topic began, Superintendent Tina Van Meer said that during a May 8 virtual meeting of more than 500 superintendents and administrators from around the state, Jeanne Ayers – Wisconsin Department of Health Services representative – gave a new formal recommendation to cancel or postpone all in-person ceremonies.

“I want to be very clear that the new guidelines say that any public gatherings as ceremonies held at this time should be virtual or noncontact,” Van Meer said.

Gibraltar Secondary Principal Gereon Methner proposed the specifics for a virtual ceremony as well as an idea for a coordinated effort between the school and law enforcement for a “hybridized approach” in which students and their families would drive up individually to the school for a photo and to receive their diploma.

Despite Methner’s proposal, parents in the virtual chat room continued to express their support for the drive-in option, citing the fact that drive-ins are allowed to reopen around the state.

Mark Weborg, former board president, said he didn’t understand why the drive-in idea couldn’t remain a possibility when “things are going to be changing in the next week or two and I don’t think that it would amount to a whole lot of planning.”

Mike Peot, board vice president, said, “We put kids on a football field where they can suffer debilitating, lifelong injuries, and we don’t even think twice about it.”

After about an hour of debate by board members and discussion from parents and seniors, Weborg moved to have the administration plan two ceremony options in hopes that the drive-in ceremony could be feasible. The motion had majority support, with only board President Stephen Seyfer dissenting.

The board also discussed and approved a plan to give students a choice about whether to opt for a pass/incomplete grading option for the second semester of the 2019-20 school year.