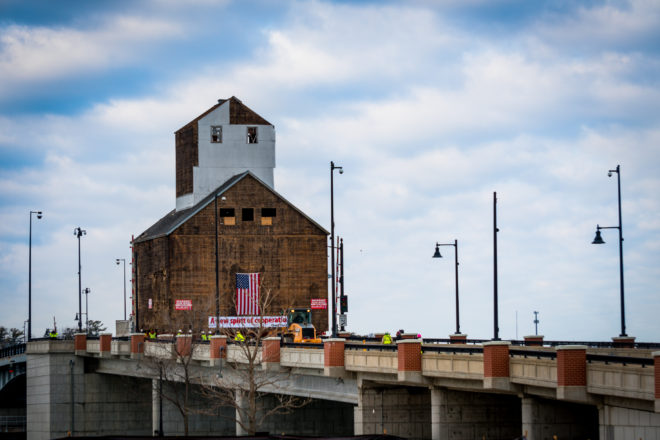 The Teweles and Brandeis Grain Elevator settled into its new home on the east side of the Sturgeon Bay canal next to the Oregon Street bridge. Crews began at 3:30 am on Thursday to move the building across the bridge, finishing up around 10:30 am.

“This is an incredibly exciting day and it just feels like we are part of history in a lot of ways,” said Laurel Hauser, member of the Sturgeon Bay Common Council and strong supporter of restoration of the granary. “I think everyone can get behind this and sometimes you have to go through a lot of struggle before you come out with something that is for the best and I think this is going to be really good.”

A few hundred people filtered around the site throughout the morning to watch the move, which was the biggest structure ever undertaken by the general contractor, Patrick Drury of Green Bay-based Drury Designs.

“All things said, we saved the granary,” Drury said. “It’s going to be here for the people of Sturgeon Bay and at the end of the day, that’s just cool…Urban renewal doesn’t understand that sometimes history needs to be saved.”

Before the structure was moved, crews removed the traffic lights and streetlight fixtures on the Oregon Street bridge. A power line on the east side of the canal also had to be disconnected.

Christie Weber, a Sturgeon Bay resident who helped spearhead the move, said the relocation cost approximately $300,000, which was funded by the $1.2 million private donation managed through the Door County Community Foundation, in addition to smaller donations.

“We love it and we couldn’t be more proud of the team that put this together and the heart in the community,” Weber said.

The remaining funds will now be used for restoration, such as testing the remaining wood, building a foundation, and creating a design plan for the building’s future use.

Everyone involved said the staff at the City of Sturgeon Bay was easy to work with and helpful in getting permits and clearance for the relocation.

Hauser hopes that cooperation is indicative of the future for Sturgeon Bay’s common council.

“[Contractors] had a really great experience working with the fire chief and the police chief, which is great to hear and I think it bodes well for the future,” Hauser said. “This is a very exciting day.” 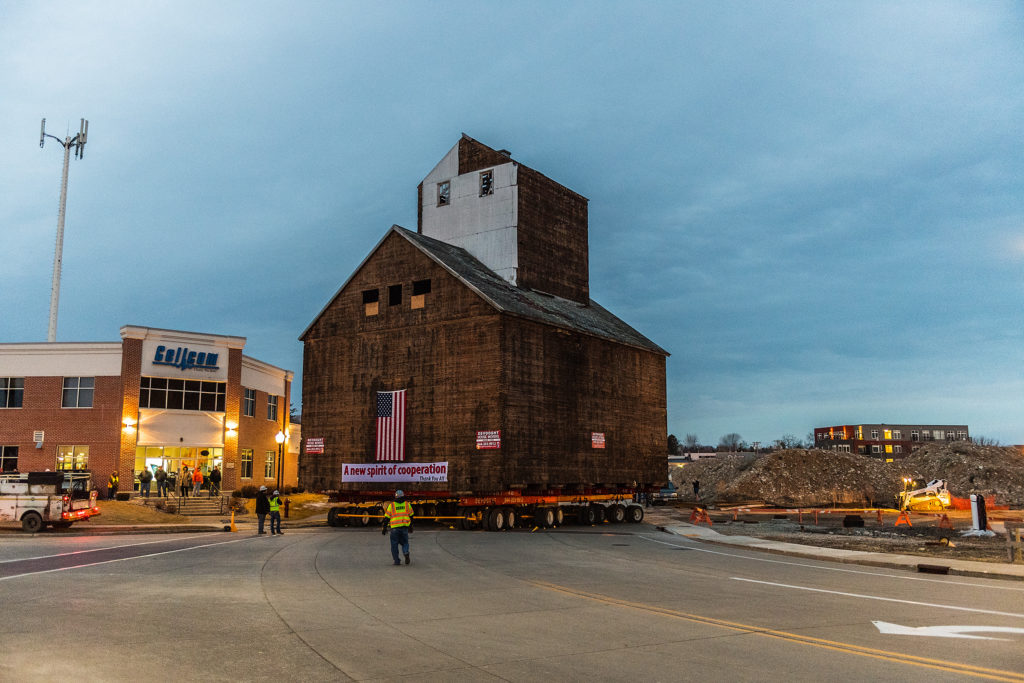 Crews began at around 4 am. Photos by Len Villano. 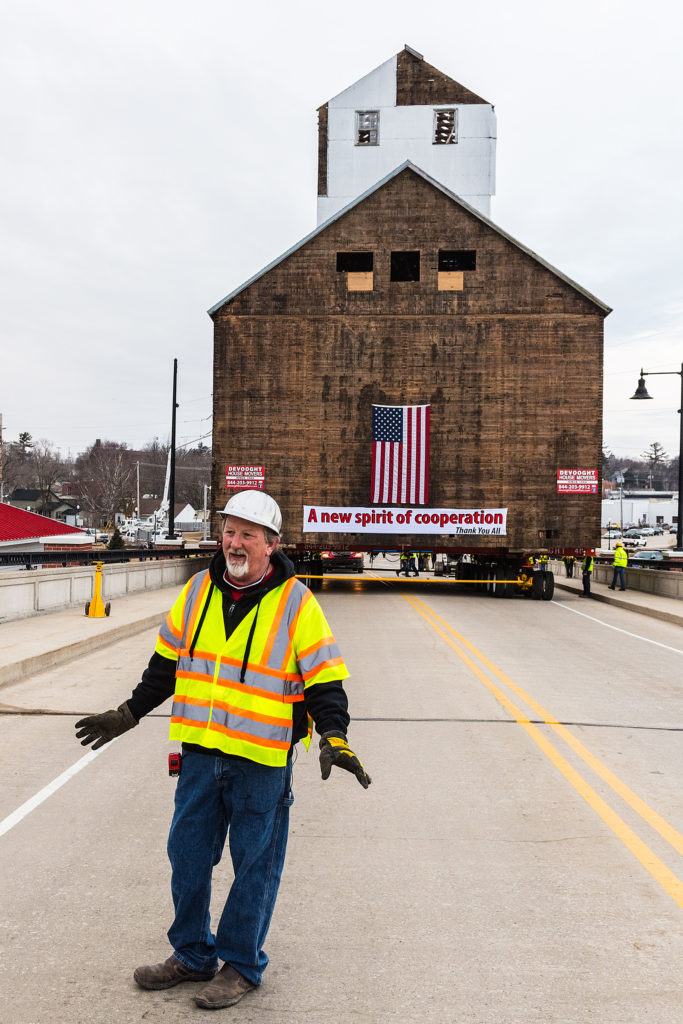 Pat Drury, general contractor, said the granary was the biggest structure he has ever helped move. 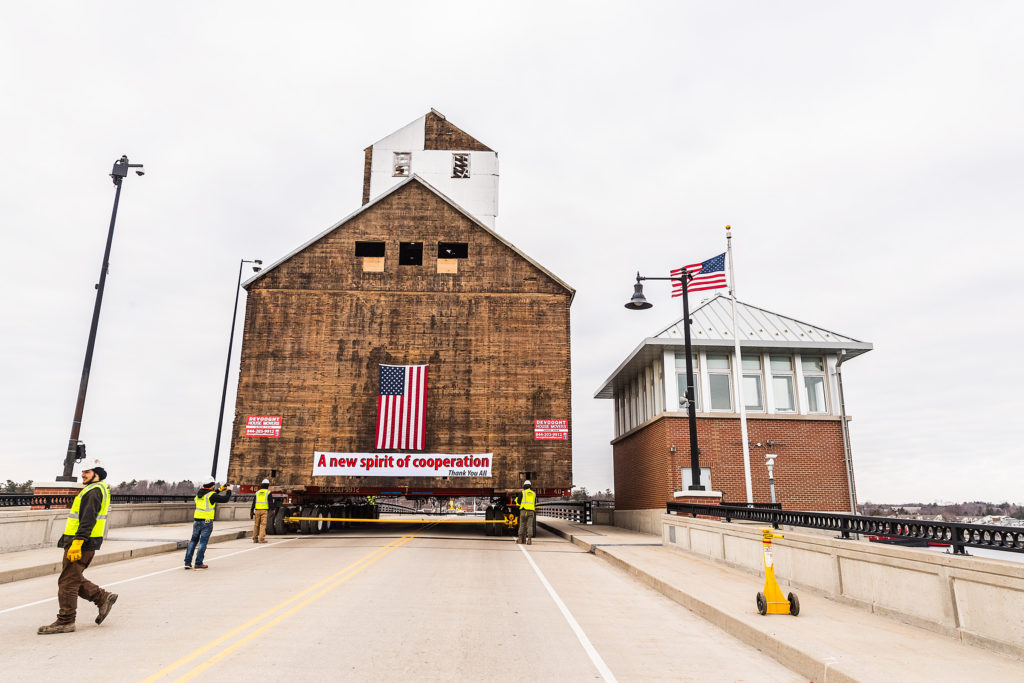 The Granary was moved across the Maple to Oregon Street Bridge in March to save it from the wrecking ball. Photo by Len Villano. 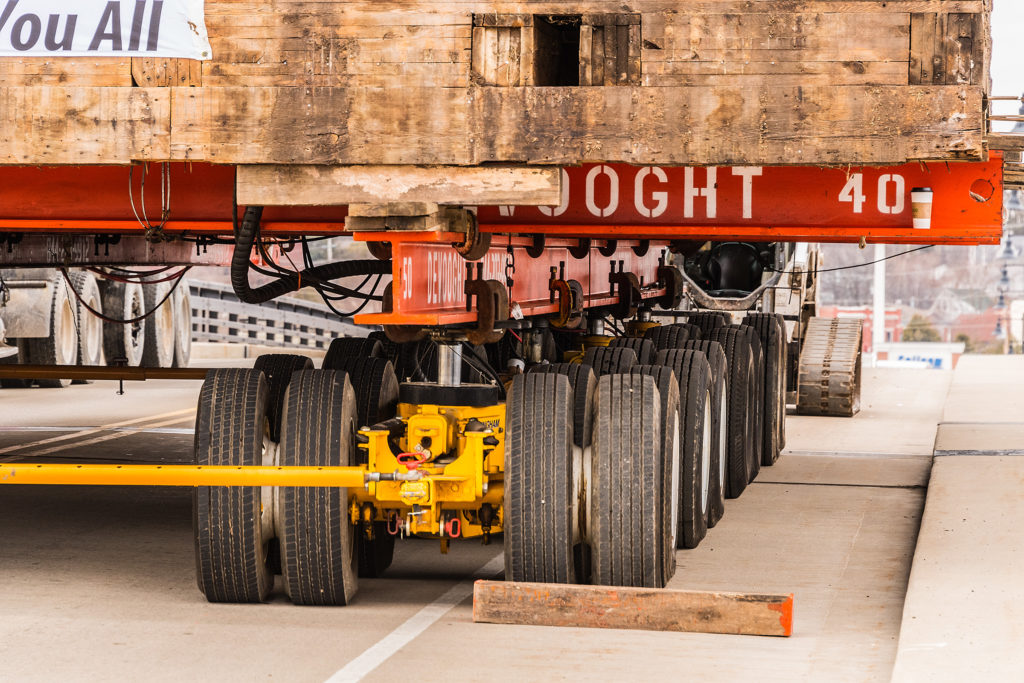 Independently operated motorized dollies moved the granary across the bridge, completing a 180 degree turn to finish the job. 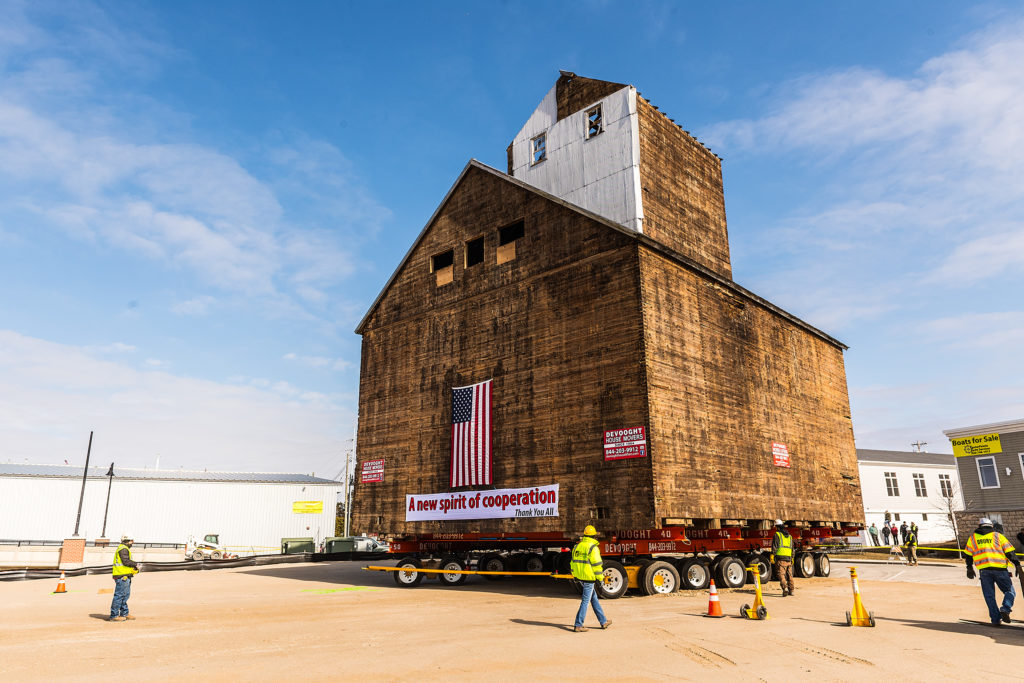 The granary found its new home on the east side of the bay, on a vacant parcel across the street from the Frozen Spoon. 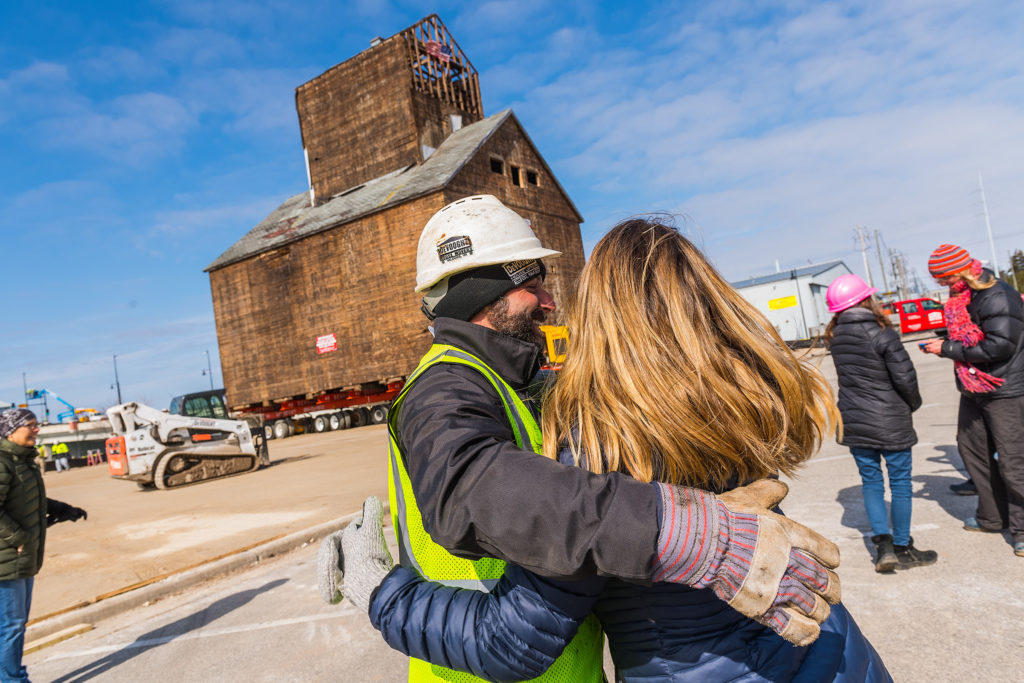 Hundreds of people filtered through the site on Thursday morning, celebrating a successful move and the hopefuly start of an exciting project for the city. 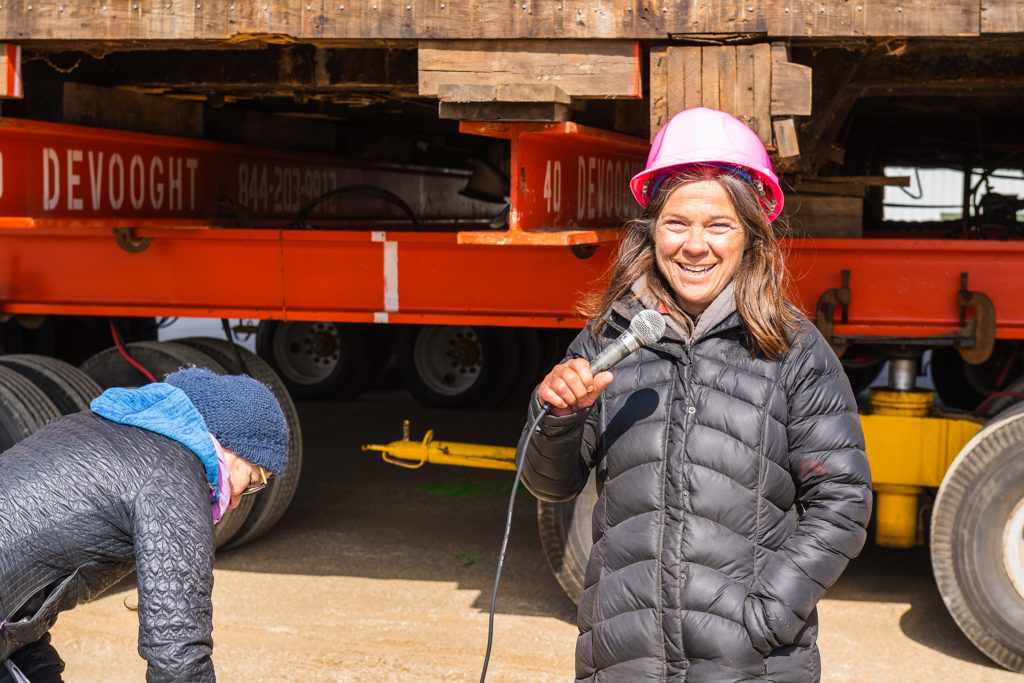 Christie Weber, a primary figure in the project, thanked all of those invovled once the granary had settled into its new home.