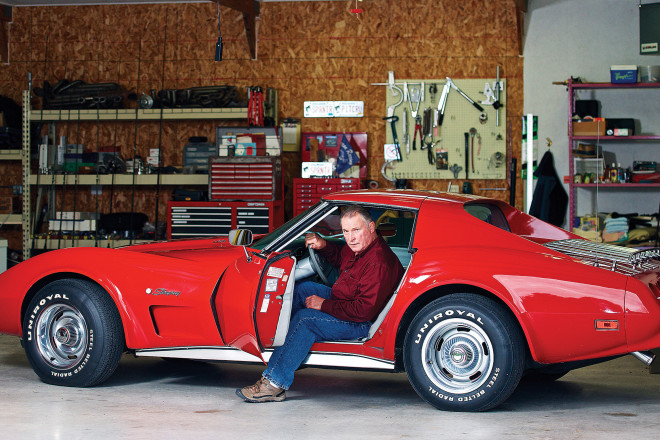 Seeing Gregg Curzon, he appears how anyone would imagine a “local.” From Monday through Saturday he’s in his navy blue work shirt, busy helping locals and visitors with their motorsport and storage needs at his business Harbor Marine and Motorsports. He’s one of those guys who seemingly knows everyone in Door County, but, as he says, “I’m not local, if I would’ve gone to school here I guess I would be.”

In many people’s estimation, though, he is a local. He may not have gone to school here, but Gregg has a long history in the county, starting with family visits as a boy to camp at Peninsula State Park and eventually to stay in an Airstream trailer at Bailey’s Bluff Campground. In the mid-1960s Gregg and his brother Mark began to think earnestly about living in Door County year round; there were only two impediments – finding a home and a job. 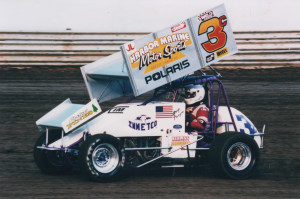 “In 1970 my brother Mark [of Curzon Electric & Appliance in Sister Bay] started looking for homes and job opportunities, and he moved up in August 1971. He bought the old John Grasse farm in Liberty Grove on Old Stage,” Gregg said. “He told me, ‘I’m up here, now you should move up.’ So I said, ‘Find me a small farm and a job and I will.’”

Gregg moved to the 22-acre Clyde Pluff farm, “just west of the AC Tap,” in April 1972. As to finding work, he knew his strengths, “I had a lot of small engine experience from racing go-carts, and modifying engines.” He began working for Frank Forkert at Anchor Marine, which is Yacht Works today, and stayed there for six-and-a-half years.

He then worked at Peninsula State Park as a small engine/boat mechanic for four years, and then moved on to working with Cal Lundquist at Cal Marine. He said, “At that point I saw a real need for another marine service center. We had a two-week waiting list at Cal Marine, and nothing on this side [the Lake Michigan side of the peninsula] at all.”

Gregg opened up the current location of Harbor Marine and Motorsports on County F in Baileys Harbor on July 2, 1987. “It was just me; it was seven days a week by myself. I still have some of my original customers.”

This is how Gregg came to live in Door County. What followed him from his South Milwaukee area home to the county was a passion for racing.

“I’ve raced since I was 16 years old, started with a go-cart. It was a cart my dad and his friend built for my brother,” Gregg said. “He was too young, so they put me in the seat and that was the start of it.”

Mark – “He’s five years younger, looks five years older, and he has white hair and a little bit less than I have,” Gregg quipped – has a slightly different version of the story:  “Gregg [who Mark is quick to point out in the interview is five years older than himself] was old enough to get a motorcycle at 16 and everybody felt sorry for me. One of the fellows my dad worked with was an engineer, and he made a go-cart for me, but they looked at it and thought ‘he’s going to kill himself.’” And so, Gregg got the cart.

Gregg found early success with go-carts. He won the Midwestern Championships in twin-engines cart racing in ’68, ’69 and ’70 and, in 1971, he won the Wisconsin State Championship and the Badger Season Point Championship.

“Then we moved up here, and I sold all my stuff,” said Gregg.

The itch to get back into the racing world soon began to get to Gregg. In 1975, when he went to the Door County Fair with Mark, he saw modified stock car racing at Thunderhill Speedway.

“I told my brother we should join a pit crew to learn about the cars, and build one over the winter,” said Gregg.

“Jim Kaus had recently purchased a car from the Milwaukee area, and the first driver he put in there crashed. My brother and I went down there that night to join the pit crew and Kaus said, ‘I don’t need a pit crew, I need a driver.’ The next night I was in the big car.

From 1989 through 1996, he continued to race but on a limited basis because he wanted to focus on Harbor Marine and his clients. He began racing again in 1997 in winged sprint cars.

Sprint cars have a lot faster and more powerful technology than go-carts and modified stock cars. According to Mark, “Sprint cars are really the acme of racing – to race and make a feature with those guys is amazing.”

During this rookie season, he placed fifth out of 31 in season points, and won several races and set fast times for qualifying at tracks in Beaver Dam, Shawano and Manitowoc.

Sprint car racing took Gregg all around the Midwest competing in sanctioned races. “The fastest I ever went was at Hartford, Michigan – a 5/8-mile track and scary fast. Straightaway speeds were in the upper 160s, and 141 mph was the average speed for the whole lap around the track,” he said.

Mark remembered one win in particular at Hales Corners, Wisconsin:  “One of the guys on our pit crew was 200 pounds and I picked him up like a ragdoll I was so happy.” 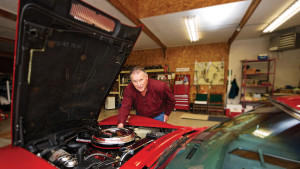 Throughout Gregg’s racing career, Glenn and Mark were constants. His dad helped with building the cars, and Mark, who also raced in Sturgeon Bay, was always on Gregg’s pit crew. “He mounted all the tires and helped maintain the cars,” said Gregg.

A lot of help was needed from Gregg’s crew because after a weekend of racing anywhere from 30 to 40 hours of work had to go into the car – they were “super high maintenance.”

Reflecting on his racing days, Gregg said, “I’ve tons of great memories and experiences. We ran all over the Midwest with the sprint cars and competed with the professionals, the likeness of late-model Nascars, for the experience.”

Gregg stopped competing when he was 59 after 43 years of racing. “He took it very seriously and that’s why he got as far as he did,” Mark added about his brother.

The end of racing for Gregg was bittersweet; he realized he needed more time for other things (time for his family, business, new grandkids, hobbies, etc.), but when talking with Gregg about racing he becomes slightly melancholic. He said, “Once I stopped racing, I couldn’t get myself to go to another race for five years, it was a big part of my life.”