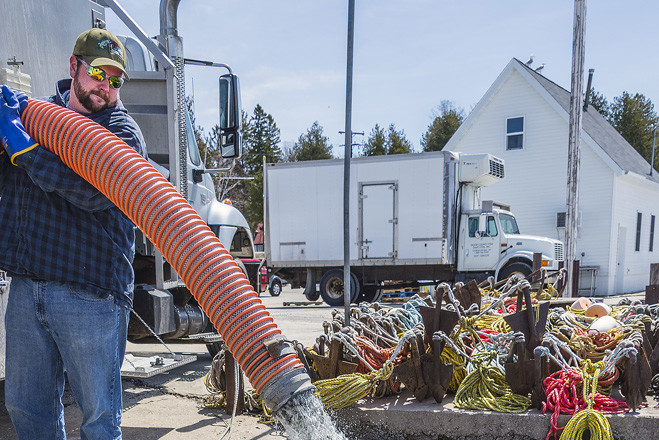 Lake Michigan anglers increased their efforts and reeled in greater numbers of native species including lake trout and walleye in 2015, even as the overall sport fish harvest declined due to lower catches of salmon and stocked trout.

Results from the Wisconsin Department of Natural Resources’ 2015 survey of anglers on Lake Michigan bear out projections of lower overall catches dating to 2013 when surveys indicated a decline in forage fish, including the alewives favored by Chinook and Coho salmon.

Catching fish during the 2015 season required greater effort as the harvest rate for salmonids declined to 0.099 fish per hour. Anglers collectively increased their time spent fishing by 3.4 percent to 2.7 million hours.

If judged by the total number of fish brought in, anglers who launched their own boats from ramps or marinas or invested in a charter trip were the most successful. The sport harvest from ramps and marinas totaled 346,536 fish, while charter captains helped clients bring in 91,255 fish.

At a meeting of Lake Michigan charter captains and interested citizens held in Cleveland, Wis., March 16, Eggold said anglers will continue to find rewards from time spent on the water but may need to be flexible when considering where to fish and which species to target.

“The Lake Michigan fishery continues to change with variability in the forage base due to quagga mussels as well as low numbers of available forage in the lake,” Eggold said. “Going forward, we will continue to work with stakeholders and partners in other states to monitor predator to prey ratios and balance stocking efforts with alewife numbers. We also will continue to look for opportunities to strengthen the diversity of the fishery.”