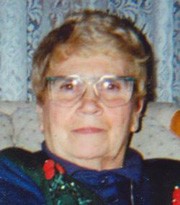 Rita Jean Thompson, 83, of Sturgeon Bay, died May 17, 2015, at Bellin Memorial Hospital in Green Bay with her loving family at her side. A memorial Mass will be celebrated at 11 am, Friday, May 22, 2015, at St. Joseph Catholic Church. Family and friends may call at the church on Friday from 10 am until the time of Mass. Condolences and guestbook signing may be offered at huehnsfuneralhome.com. 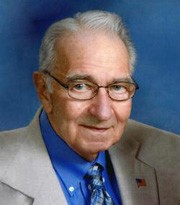 Eugene Kiehnau, 87, of Jacksonport, died May 15, 2015. He was born March 28, 1928, the son of Benjamin and Ella (Hackbarth) Kiehnau. After high school in Sevastopol, and working on a yacht in Chicago for a few summers, Eugene worked as a machinist for Bay Shipbuilding for more than 40 years until retiring in 1990. He married Sally Lou Grovogel on June 11, 1955. Sally preceded him in death on May 13, 2014. Services were held May 19, 2015. Memorials may be given in Eugene’s memory for Zion Evangelical Lutheran Church. huehnsfuneralhome.com. 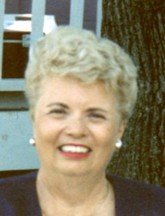 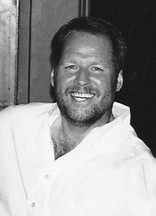 The Homan family is saddened to announce the passing of Mark A. Homan, 63, at his home in Door County on May 7, 2015, after a battle with cancer. A celebration of Mark’s life will be held at Baraboo Country Club, Baraboo, Wis., from 2-6 pm on Sunday, June 28, 2015. It is Mark and his family’s wish that his love of music be passed on to future generations through a fund to help support the cost of lessons and instruments for children needing financial aid. Memorials may be given to this newly formed charitable fund at MarksMusicFund.org. 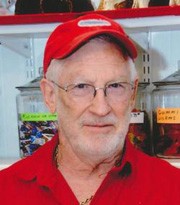 Michael James “Fitz” Fitzgerald, 77, of Egg Harbor and Florence, Ariz., died Dec. 23, 2014, in Florence. Mike married Sharon F. Eber on June 2, 1962. After retiring, they moved to Egg Harbor, where they began a fudge and ice cream shop, Gomy’s Goodies. A memorial mass will be celebrated at 11 am on June 6, 2015, at Stella Maris Parish, Egg Harbor. Burial with military honors will follow. Friends may call at the church on June 6 from 9:30 am until the time of service. huehnsfuneralhome.com.