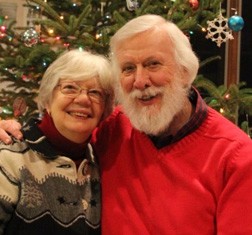 Karen and David Studebaker of Ellison Bay celebrated their 50th anniversary on June 13. Starting with a blind date at Purdue University on Leap Year Day in 1964, the couple married after graduation in 1965. They have two children and three grandchildren: Daughter Rebecca (Fred) Marruffo of Sterling, Ill., whose children are Alec, 11, and Nycea (aka CeCe), 9; son Christopher (Beth) Studebaker of Middleton, Wis., whose son is Cole, 11.

Karen and Dave raised their family in Glen Ellyn, Ill., building their home near Newport Park in 1990. Since 1980 the Studebakers have operated businesses providing computer software and services to a variety of firms. Their last company, Liberty Grove Software, serviced customers across the U.S., in Canada and Europe with a staff of 15 professional associates.

To celebrate their 50 years together, Karen and Dave recently spent four weeks touring Holland, Germany, Switzerland, Austria and the Czech Republic. Along the way they visited old friends and made new ones.

“We have had, and continue to have, a wonderful, happy life. We have a very special family, beautiful grandchildren and are blessed with many, many good friends. We enjoy visiting with family and friends, volunteering, learning new things, doing hobbies that create, and sharing adventures together.”

Mary Alice Foy, 94, of Indiana, died June 12, 2015, at her sister’s home in Sturgeon Bay. Mary will be dearly missed by her extended family of nieces, nephews and other relatives. Funeral services will be held in Indiana, where Mary will be laid to rest. Condolences and guestbook signing may be offered at huehnsfuneralhome.com. 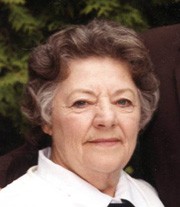 L. Dawn Rass, 82, of Namur, died on June 10, 2015, at The Gathering in Sturgeon Bay. She was born June 26, 1932, in Milwaukee to William and Veda Lawrence. On Nov. 11, 1967, she married Harold Rass in Namur. She was instrumental in the founding of Bethel Shalom Church and served as the pastor there for many years. Funeral services were held June 16, 2015, at the Forbes Funeral Home in Sturgeon Bay with Pastor Paul Peterson officiating.

Dylan Mark Jennerjohn and Evelynn Marie Jennerjohn, children of Dylan Jennerjohn and Mercedes Ploor, were born on June 8, 2015, and died the same day. Private family services will be conducted at Holy Name of Mary Cemetery in Maplewood. The Forbes Funeral Home is in charge of arrangements, forbesfuneralhome.com. 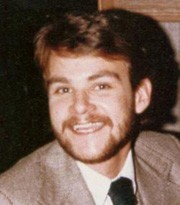 Michael John Brickley, 61, of Sturgeon Bay, died Jan. 15, 2015. He worked as a lawyer and legal editor for West Publishing. He was also the co-founder of Cityside, a Milwaukee newspaper. Family and friends will celebrate his life from 11 am until 2 pm, with a service of remembrance beginning at noon, Monday, June 29, 2015, at the Collins Learning Center at Crossroads at Big Creek in Sturgeon Bay. Condolences and guestbook signing may be offered at huehnsfuenralhome.com. 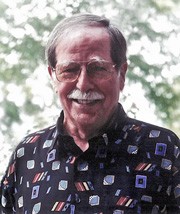 A gathering will be held in memory of Arvid W. Munson on Saturday, July 11, 2015, from 3 to 5 pm in the Schoolhouse at The Clearing in Ellison Bay.