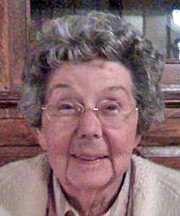 Former Elkhorn, Wis., resident Eunice A. Conroy died April 6, 2014, at Ministry Door County Skilled Nursing Facility in Sturgeon Bay. Eunice was the unwavering foundation of our family. She came from a time when people read newspapers, books, and did crossword puzzles. She was smart, articulate, well read, progressive in her beliefs, and had a wonderful sense of humor. The Conroy family wishes to thank the staff at Door County Memorial Hospital Skilled Nursing Facility for their care of Eunice. They were like her family when we couldn’t be there.

Roy Edward Farley, Sr., 88, of Sturgeon Bay, died Saturday, April 5, 2014, at Golden Living Center – Dorchester, where he had been living the past three years. Private family services will be held at a later date. Burial will be in Bayside Cemetery. Huehns Funeral Home, Sturgeon Bay, is caring for the Farley family. Online condolences may be offered on Roy’s tribute page at huehnsfuneralhome.com. 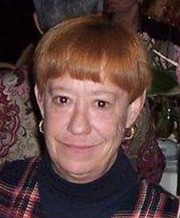 Kym Ann (Lehmann) Osborn, 62, of Sturgeon Bay, died at her home on April 4, 2014. She was born in Evanston, Ill., moving with her family to Door County at a young age. Memorial services will be on Saturday, April 12, 2014, at 11 am at Bay View Lutheran Church, Sturgeon Bay, with lunch following the service. Friends may call from 10 am until the time of service. In lieu of flowers, please consider a memorial to the charity of your choice. Forbes Funeral Home is handling arrangements.