Briana and Whitney McAfee, Sturgeon Bay, are the parents of a son born on June 29, 2015, at Ministry Door County Medical Center, Sturgeon Bay. 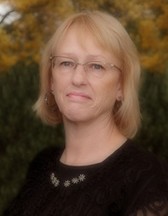 Marion L. Halstead died on March 8, 2015, at the age of 60 after a brief fight with cancer. She was an award-winning barber, and opened her local hair salon, Cutter’s Cove, in 1980. At Marion’s request, a celebration of her life will now take place. On July 18, a graveside service will be held at 11 am in Jacksonport at Lakeview Cemetery. A reception will immediately follow at Lakeside Park. For those who would like to make a memorial donation, Marion’s charity of choice is the Door County Humane Society. 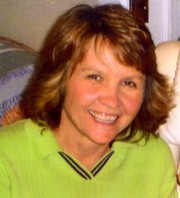 Carrie Ann (Claflin) Peterson, Sturgeon Bay, died at her home on July 5, 2015. She was born to Calvin and Darlene Claflin on Jan. 2, 1963, in Sturgeon Bay. Carrie graduated from Southern Door High School in 1981, and then began working at Sturgeon Bay Metal Products where she was still employed. Carrie married Bruce Peterson on May 17, 1986, and they have lived in Sturgeon Bay their entire married life. Funeral services were held July 9. In lieu of flowers, memorials may be given to Door Cancer or the Humane Society. Forbesfuneralhome.com. 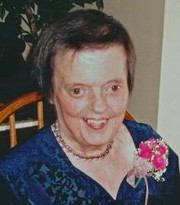 Bonnie Ann (Budrun) Williams, 73, of Sturgeon Bay, died July 4, 2015, at Ministry Door County Medical Center. A memorial service is being planned for next week at Huehns Funeral Home in Sturgeon Bay. Visitation and service times will be announced in the near future. Condolences and guestbook signing may be offered on Bonnie’s tribute page at huehnsfuneralhome.com.

Evelyn (Weborg) Augsburger, 94, of Sturgeon Bay, died on July 3, 2015, at Door County Medical Center. She was born on April 22, 1921, to Ernest and Louise Smith. Evelyn was raised on the family farm in Sister Bay. In August 1941, she married Lawrence Weborg. He died in 1976. She married Edwin Augsburger in April 1982; he preceded her in death in 2007. Services were held July 7, 2015. In lieu of flowers, donations may be made to the Door County Library in honor of her love of reading. Forbesfuneralhome.com. 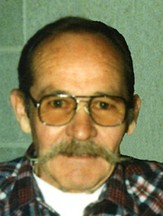 William “Bill” Brett, 76, of Sturgeon Bay, died on July 1, 2015. He was born on March 23, 1939, in Detroit, Mich., to Robert and Virginia Brett. On July 29, 1963, he married Josephine White. Bill served his country in the United States Coast Guard for 20 years. He also sailed and worked as a tug boat captain on the Great Lakes for a number of different companies. Services were held July 8 at Forbes Funeral Home, Sturgeon Bay. Forbesfuneralhome.com.