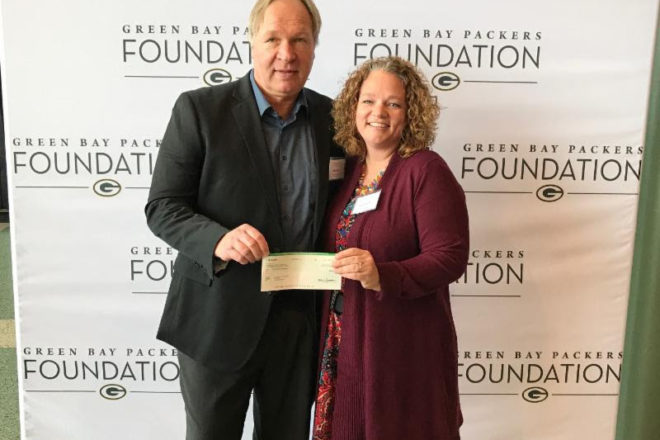 Northern Sky Theater received a matching grant of $11,000 from the Wisconsin Arts Board (WAB). This grant supports Northern Sky’s commitment to writing and developing new musicals tailored for the company’s multigenerational audiences.

“With the support of the Wisconsin Arts Board, this season Northern Sky will add two new musicals to our canon of over 50 world premieres,” said Managing Director Dave Maier. “Creating new works for our audiences and nurturing writers, composers and performers is the lifeblood of our work.”

Northern Sky Theater also received a grant of $5,000 from the Green Bay Packers Foundation. This grant supports the development of Northern Sky’s new musical Dad’s Season Tickets, premiering in the fall of 2019. Dad’s Season Tickets, written by Matt Zembrowski, is a nostalgic musical celebration of family, folly and the Green Bay Packers. The fall world premiere will be performed at Northern Sky’s new Creative Center, with an extended run through the end of October.

Zembrowski wrote in response to the grant, “I knew I’d never make it as a running back, so I had to write my way onto the Packers payroll. Seriously, I’m so very grateful for this support.”