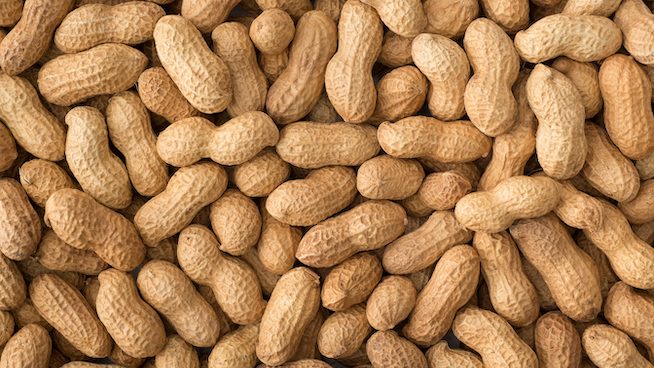 Discussion of turning Gibraltar into a “nut-free school” appeared on the school board’s agenda this month, and it sounds unusual if taken out of context.

But it’s a topic the school officials were not taking lightly. Neither were parents of students with severe allergies to peanuts and tree nuts.

The school board had assigned Superintendent Tina Van Meer to consider the challenges and consequences of a district ban on nuts. Van Meer said that a total ban would be hard to adhere to completely or enforce completely because it would be difficult to monitor lunches brought to school and ensure that no foods on the premises contained nuts. Going on record with a complete ban of nuts on buses and on campus could also “cause a false sense of security,” she said.

Instead of a complete ban, Van Meer said Gibraltar needed to become a nut-aware or food-allergy-aware school. The district already has designated tables for students who have food allergies, and school employees and educators have plans in place for children who are known to have allergies.

Some school districts have banned students from bringing treats to class for birthdays and other occasions because the treats sometimes contain peanuts or were made in places where peanuts were present. That’s one thing the Gibraltar board may consider.

School board member and parent Amie Carriere said some children can have allergic reactions simply through exposure to peanut residue. She said her children, who are in seventh and 10th grade, are both allergic to tree nuts and peanuts, and she believes the district needs to ensure that cross-contamination does not occur in the cafeteria.

Carriere called for better education so people can understand these allergy issues. In addition, she said the district cafeteria should stop serving peanut butter sandwiches and peanut butter cookies.

“To my knowledge, we have removed it from our cafeteria,” Van Meer said.

She said she had tasted a sunflower butter that’s an alternative to peanut butter, and “it’s really good.”

Noting that he has a child with a serious allergy risk, parent Ivan Bridenhagen challenged the board to turn the Gibraltar campus into a peanut-free and tree-nut-free zone. He also said it would be better for children with allergies if they did not have to sit at the peanut-free table. He thinks that’s sad.

“Often there’s just one kid at that table,” Bridenhagen said.

He said he’s still learning about nut allergies, and school officials and students need to learn about them, too.

“I’m asking the board and administration to be the leaders and to keep my little boy safe and all the children safe,” Bridenhagen said.

Board president Stephen Seyfer urged Van Meer to work on a proposed policy of some sort and present it to the board in September.

A National Institutes of Health report on the study of deaths from peanut-allergy-related anaphylactic reactions said researchers could not draw conclusions to come up with a death rate from peanut allergies. However, peanut allergies and the body’s immune-response results have been causing an increase in the need for emergency-room and hospital visits during the past 20 years.

“Some kids can have very severe symptoms, and the amount of exposure that’s required to trigger a reaction varies from child to child,” she said. “Some kids have to eat a whole peanut to have trouble, and other kids can be exposed to peanut dust and have trouble. Each is unique in not only their reaction but what exposure is required to cause a reaction.”

The Prevalence of Peanut Allergies

A food allergy occurs when the body has a specific and reproducible immune response to certain foods. That response can be severe and life threatening, such as anaphylaxis.

Food allergies are a growing food-safety and public-health concern in that they affect an estimated 8% of children in the United States, or one in 13. Peanut allergies – the most common food allergy in children – have tripled during the past two decades. Today, up to 2.5% of the pediatric population has been diagnosed with a peanut allergy.

Sources: American Journal for Managed Care and the Centers for Disease Control.