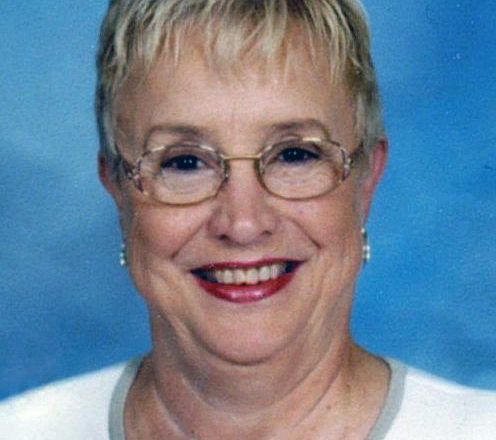 She was born March 13, 1935 in Neenah, the daughter of the late Roy and Emma (Bruckner) Jorns. Adie graduated from Sturgeon Bay High School in 1954 and lived her entire adult life in Door County. On June 25, 1955, she married her high school sweetheart, Bruce B. Oram at St. Joseph Catholic Church in Sturgeon Bay, and together they enjoyed over 60 years of marriage. He preceded her in death on April 25, 2016.

Adie worked at the Corner House Shops for over eight years, and she ran her own business, Adrienne’s Fashions, in Sturgeon Bay for over ten years. Adie was a member of the Sturgeon Bay Women’s Business Association.

Adie was a devout member of St. Joseph Catholic Church, and she belonged to Christian Mothers. Adie treasured family functions and entertaining the many wonderful friends that she and Bruce had throughout their marriage. Adie enjoyed cooking, gardening, traveling, and cheering on the Green Bay Packers.

A Mass of Christian Burial will be held at 4:00 p.m. on Thursday, June 9, 2016 at St. Joseph Catholic Church with Fr. Bob Stegmann as celebrant.

Visitation for family and friends will be held at the church, Thursday afternoon, from 2:30 p.m. until the time of Mass.

Any donations in Adie’s memory will be directed to the Door County Humane Society.

The family would like to extend a special “thank you” to the staffs of Anna’s Healthcare and Unity Hospice for their compassionate care of Adie.

Huehns Funeral Home & Cremation Services is assisting the Oram family with arrangements. Condolences and guestbook signing may be offered at www.huehnsfuneralhome.com.