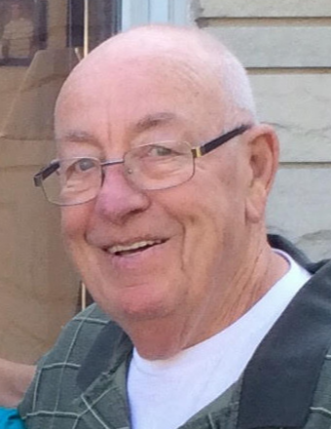 He was born June 5, 1935 in Sturgeon Bay, the son of the late George and Marian (Haen) Oram. Bruce graduated from Sturgeon Bay High School in 1954, and he enjoyed the life-long friendships that were created from participating in athletics. On June 25, 1955, he married Adrienne “Adie” Mary Jorns at St. Joseph Catholic Church in Sturgeon Bay, and together they enjoyed over 60 years of marriage.

Bruce owned and operated Oram’s Barber Shop on Third Avenue in Sturgeon Bay for over 40 years. After his retirement, Bruce provided shut-ins and nursing home residents with haircuts for many years.

Bruce was preceded in death by his parents, George and Marian Oram; and infant brother, Greg.

A Memorial Mass of Christian Burial will be celebrated at 11:30 a.m. on Friday, April 29, 2016 at St. Joseph Catholic Church with Fr. Anthony Birdsall as celebrant.

Friends may call at the church, Friday morning, after 10:00 a.m. until the time of Mass.

Any donations in Bruce’s memory will be directed to the Door County Humane Society.

The family would like to extend a special “thank you” to the staffs of Anna’s Healthcare and Unity Hospice for their compassionate care of Bruce.

Huehns Funeral Home & Cremation Services of Sturgeon Bay is assisting the Oram family with arrangements. Condolences and guestbook signing may be offered at www.huehnsfuneralhome.com.