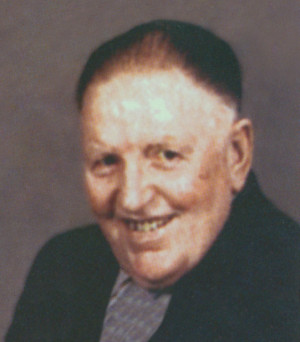 He was born May 29, 1921, in Watertown, Massachusetts, the son of the late Arthur G. and Rosamond Jeanette (Buchan) Merrill. Art served his country in Europe shortly after the Normandy Invasion of WWII in the recon division of Patton’s army at the Battle of the Bulge. He attended Boston University where his football playing led to a $11,000 salary in professional football with the Boston Patriots. Art worked in sales for Hood and Son’s in their Farm Implement and Dairy Division. In his retirement, Art worked for the Alpine in Egg Harbor for many years.

On November 11, 1944, he married Eleanor Marion Sorenson in Milwaukee. They had met at a USO dance for the troops at Tuck Away Country Club in Milwaukee. She preceded him in death.

Survivors include his wife, Hannah of Egg Harbor and her family; his sister, Martha Wadleigh of Bellingham, Mass; two grandsons, Adam and Blaine; nephew, William Bebo of Sturgeon Bay; and other nieces and nephews.