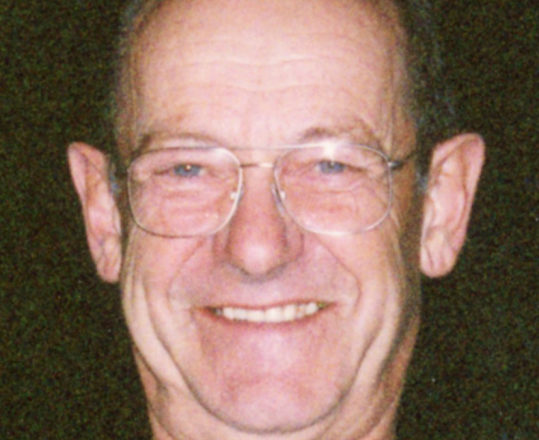 Don graduated from Manitowoc High School in 1950. He enlisted in the Air Force after high school and was stationed in the Philippines.

On June 10, 1953, Don married Patricia Rathsack, who was also from Manitowoc, in Port Huron, Michigan. Donald worked for Wisconsin Electric Power Company for 35 years. For many years, he also worked on the refueling at the Point Beach Nuclear Power Plant.

Don was the neighborhood handyman who could fix just about anything. He enjoyed playing cribbage with family and friends. He built his first fishing boat and called it The Wooden Shoe. Don also liked salmon fishing on Lake Michigan in his carver boat, which was his pride and joy. He loved to tell the jokes, too!

He was preceded in death by his parents and a brother-in-law, Harold Lemberger.

A visitation will be held at the Forbes Funeral Home in Sturgeon Bay on Saturday, April 27, 10 am – 12 pm. Memorials may be given to help fight Parkinson’s disease or to Unity Hospice.

Special thanks to Unity Hospice, the Parkinson’s Association and Door County Medical Center for all the wonderful care and support.