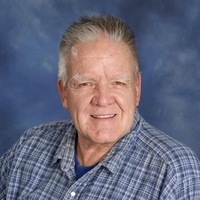 Fred was born in Sturgeon Bay on August 30, 1942 to the late George and Louise (Kramer) Grosbeier.
Fred fell in love with the Great Lakes and was a seaman for many years. After that he sailed all over the world as a Merchant Marine until his retirement. He traveled to the Persian Gulf, Iraq and Iran along with many more parts of the world. He had many stories he would share. One of his favorites, was when he and fellow seamen freed a dolphin from the nets near their ship. The following year she came back and circled their ship for several days with her young calf. The dolphins returned for the third year. Fred stated that the dolphins are very intelligent and were thanking the seamen for freeing them.

He decided to retire in Paris, Tennessee, and made his home there where he became an active member of the Eastwood Church of Christ. He also was involved with the Lions Club near Paris, Tennessee. Fred was a very giving person and had a great love of children and liked to help others in need.

Fred Grosbeier is survived by his brother, Wayne (Sharon) Grosbeier, Algoma, his sisters, Violet Ackerman, Sturgeon Bay and Barbara Marsette of Kimberly Wi. He is also survived by many nieces and nephews and special friend Betty Willis of Hollow Rock, Tennessee.

His family would like to thank the staff at Lifecare Center of Bruceton for their excellent care as well as Betty Willis for being such a great friend and caregiver.