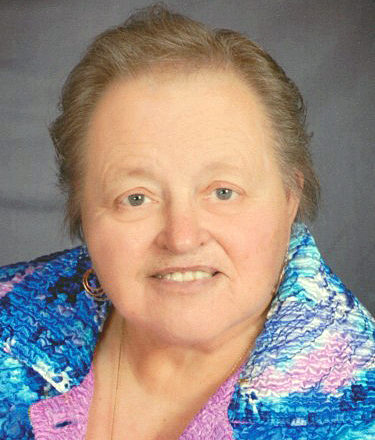 Jeanne Ruth Ploor, 76, of Sturgeon Bay, died Wednesday morning, May 24, 2017 at Atrium Post Acute Care in Kewaunee due to diabetes and kidney failure.

She was born March 18, 1941, the daughter of Olaf and Hartha (Lenius) Nelson. Jeanne was a 1959 graduate of Sturgeon Bay High School. On September 25, 1959, she was united in marriage to Ronald Aloysius Ploor at S.S. Peter & Paul Catholic Church in Institute. When they were first married, Jeanne waitressed, and later in life, when she wasn’t taking care of her kids, she worked at Door County Rubber Stamp and Sherry’s Hallmark.

Jeanne was an active member of St. Joseph Parish in Sturgeon Bay where she enjoyed singing in the choir. She loved music and singing and had been a member of both the Sweet Adelines and the Peninsula Chamber Singers. Jeanne was also a member of the Red Hatters and the Door County Hospital Auxiliary. She enjoyed getting together for lunch with her high school classmates known as the ‘59ers. Jeanne will be remembered by family and friends for having a great sense of humor.

Friends may call at the church, Tuesday morning, from 9:00 a.m. until the time of Mass.

Huehns Funeral Home & Cremation Services in Sturgeon Bay is assisting with arrangements. Expressions of sympathy, memories, and photos of Jeanne may be shared with her family through her tribute page at www.huehnsfuneralhome.com.