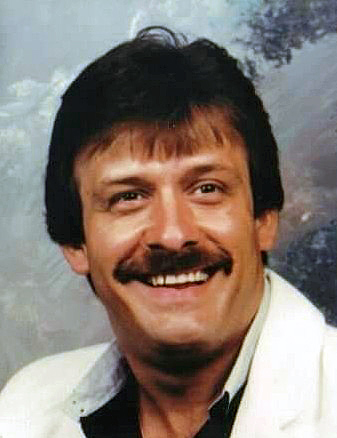 Jerry Ray Robinson, 64, formerly of Sturgeon Bay, died Feb. 5, 2018 at Emerald Shores Assisted Living CBRF in Kewaunee, where he had been living since December of 2016.

He was born June 16, 1953 in Chicago, the son of Jason and Geraldine (Wells) Robinson, Jr. Jerry attended Harrison Technical High School in Chicago. At the age of 27, he moved to Wisconsin and made his home in Sturgeon Bay.

Jerry was employed at various places in Sturgeon Bay over the years, but he was most known for being a bartender at many of the local bars and taverns.

He had a strong, Christian faith that he was comforted by even in his final days. Jerry enjoyed bowling in league earlier in life. He had passion for music and liked writing and performing his own songs. Jerry was also a lifelong Elvis fan. Being from Illinois, he was a fan of the Chicago Cubs, but when it came to football season, Jerry was a proud Green Bay Packers fan. Above all, he loved spending time with Lori Raymond, his longtime girlfriend of 28 years, who cared for him as his health began to decline in recent years. Jerry also enjoyed spending time with his dog, Lana.

Jerry’s life will be honored with a funeral service held at 7:00 p.m. on Sunday, February 11, 2018 at Huehns Funeral Home in Sturgeon Bay, WI with Rev. David Leistra officiating. He will be laid to rest in Bayside Cemetery in the Town of Sevastopol, Sturgeon Bay.

Visitation for and family and friends will be held at the funeral home on Sunday from 4 pm until the time of service.

A heartfelt thanks goes out to the staffs of Infinity Care in Luxemburg (where Jerry resided for a year prior to living in Kewaunee), Emerald Shores Assisted Living CBRF in Kewaunee, and Heartland Hospice for their wonderful and compassionate care given to Jerry.

Expressions of sympathy, memories, and photos of Jerry may be shared with his family through his tribute page at huehnsfuneralhome.com.