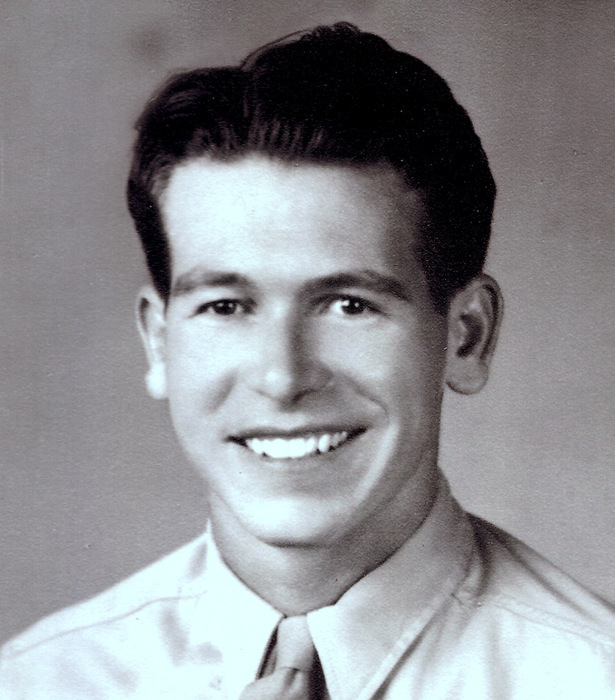 Joseph Leo LeClair, 97, lifelong resident of Jacksonport, died November 13, 2015, while in the comfort of his home with family at his side.

He was born September 15, 1918, in Door County, the son of Englebert and Sophia (Propsom) LeClair. Joe attended grade school in Jacksonport and graduated from Sevastopol High School in 1936. He initially joined his father in the family fishing business, which operated as “LeClair Bros.” In July of 1941, Joe enlisted with the United States Army and served in France and Germany during WWII. He married Lorraine Melda Kohls on July 3, 1943, at St. Michael’s Catholic Church in Jacksonport (now Stella Maris Parish-Jacksonport site) while he was home on military leave. Upon the completion of his service, Joe came home to Jacksonport and took over the business from his father. He fished commercially and smoked fish until his retirement in the mid 1980s. During his working career, Joe also built LeClair Cottages with his children in Jacksonport and owned and operated the cottages with Melda. He enjoyed the numerous friendships he made with the cottage visitors over the years. Joe and Melda were blessed with over 65 years of marriage. She preceded him in death on February 7, 2009.

Joe was a lifetime member of St. Michael’s Catholic Church (now Stella Maris-Jacksonport site) where he served as an usher and oversaw the cemetery operations for many years. He was also a member of the Veterans of Foreign Wars (VFW).

He was welcomed Home by his parents; wife; and six brothers and one sister, John, Gilbert, Louis, Richard, Robert, Mary Fagerstrom, and George.

A Mass of Christian Burial will be celebrated at 12:30 p.m. on Wednesday, November 18, 2015, at Stella Maris Parish-Jacksonport site with Fr. Anthony Birdsall as celebrant. Joe will be laid to rest beside his wife, Melda, in the church cemetery after Mass with full military honors by the United States Army and VFW Post #3088.

Family and friends may call at the church on Wednesday from 10:00 a.m. until the time of Mass.

The LeClair family would like to thank the Unity Hospice staff for their compassionate care.