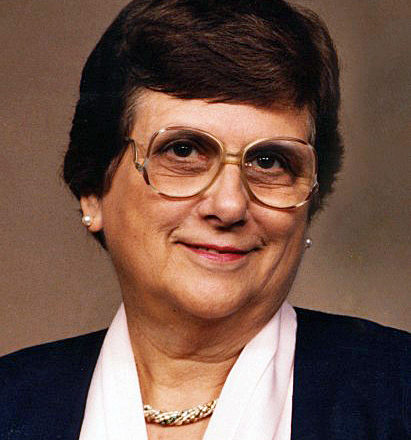 She was born October 24, 1928 in Kiel, Germany, the daughter of Otto Wilhelm Karl Schulz II and Edith Gertrud Josephine (Krahstöver) Schulz. During the war, Lisel worked at an American Military base where she met and married an American soldier, Donald Clyde Russell, who was serving with the United States Army. She came to the United States with Donald in the early 1950s and initially settled in Michigan.

Lisel took great care of her family and home. She became an avid sports fan of the Detroit Pistons basketball team and the Detroit Tigers baseball team. Lisel knew everything about her teams’ players and studied up on her teams’ opponents. She shared that passion for sports with her family, especially, her grandchildren, who she looked forward to attending games with. Lisel’s other passion was entertaining her great-grandchildren.

Together, she and Don retired to Florida in 1987. He preceded her in death on September 5, 2001. After Don’s passing, Lisel returned to Michigan to be closer to her family. She came to Door County in 2014 when her daughter, Deborah and son-in-law, Steven, moved from Indiana to Wisconsin and made their home in the Town of Egg Harbor. Lisel initially lived at Cardinal Ridge in Sturgeon Bay. These past few months, Lisel was a resident at the Door County Medical Center Door County Skilled Nursing Facility in Sturgeon Bay.

A memorial service will be held in 2017.

Burial will be in Florida National Cemetery beside her husband, Donald.

“Thank you to Cardinal Ridge for their kindness shown to Lisel and to Door County Medical Center Door County Skilled Nursing Facility who made the last few months of Lisel’s life comfortable.”

Huehns Funeral Home & Cremation Services in Sturgeon Bay is assisting the Russell family. Condolences may be offered at www.huehnsfuneralhome.com.