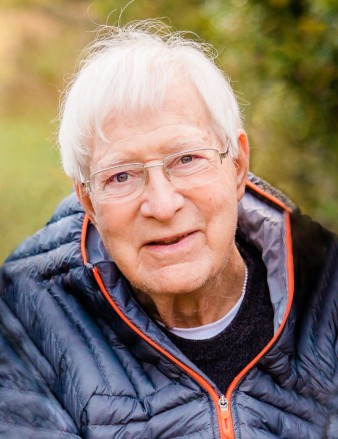 He was born June 22, 1935 in Charleston, WV, the son of Okey James Cogar and Thelma Lorice (Belknap) Cogar. After high school, Norm served his country in the Air Force for four years.

He spent much of his work life in the printing industry in Ohio, Wisconsin, and Florida where he retired. Norm enjoyed music, dancing, shooting pool, and taking cruises with his wife, Edwina. He cherished time spent with family and friends.

When Norm’s wife of 38 years passed away in March of 2019, he returned to Wisconsin to be with his daughter, Shawna and son-in-law, Fred in Sturgeon Bay, WI. He made his home at Pine Crest Village in Sturgeon Bay where he developed new friendships and wonderful support by exceptional staff. In December of 2020, Norm moved from Pine Crest to live with Shawna and Fred where he spent the last month of his life.

He is deeply missed by his daughters, Laurie Cogar [and her two grandchildren, Nicole DeLucia and Anne Fares] of Youngstown, OH and Shawna Young (Fred) of Sturgeon Bay, WI; along with eight stepchildren; many grandchildren; and great-grandchildren.

Norm was preceded in death by his parents; loving wife Edwina, three brothers; Phillip, Gene, and Lloyd; and other relatives.

He was laid to rest with military honors in the columbarium at Jacksonville National Cemetery beside his wife, Edwina, on Monday, February 15, 2021.

Huehns Funeral Home, Inc. & Door County Crematory LLC in Sturgeon Bay, WI assisted the family. Expressions of sympathy, memories, and photos of Norm may be shared with his family through his tribute page at www.huehnsfuneralhome.com.