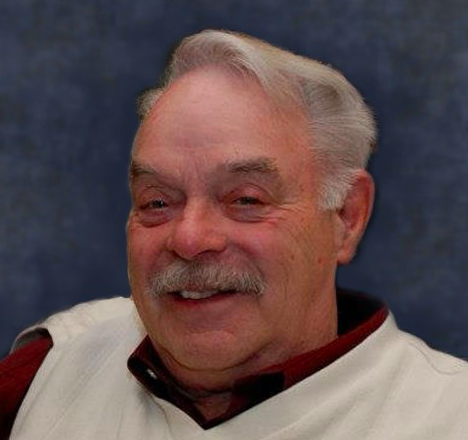 He was born on Washington Island to Orville R. and Florence (Haas) Jess. After graduating from Washington Island High School with the Class of 1960, he moved to Milwaukee to complete his diesel-mechanic apprenticeship. Butch started his mechanic career with Schoolway Transportation and part time at Heileman Marine in Hales Corners. He was then employed as the night foreman diesel mechanic for Diamond Reo trucks in Milwaukee.

On Aug. 4, 1962, Butch and Karen Pluta were married at Whitnall Park Lutheran Church in Hales Corners. In 1969, they moved back to Washington Island, and Butch worked at the Washington Island Electric Cooperative until 1984. In 1982, Butch and Karen opened a boat-repair company on the island called Marine Diesel Specialists and operated it together during the summers before retiring in 2016. For 33 years, Butch and Karen wintered in Naples, Florida, where he worked for other major marinas as well. Butch is the current manager of the Jackson Harbor Maritime Museum.

Butch loved being outdoors, whether it was hunting, watching Islanders baseball or fishing with his granddaughters. He was an avid Milwaukee Brewers and Green Bay Packers fan. Butch loved his hunting dogs as if they were family and playing cards at the Middle Bar, especially Uff-Da Marbles. Whenever he had to sit still for a moment, he picked up a book to read.

He was preceded in death by his parents; son, Kelly Robert Jess; and brother, Robert (Leanne) Jess.

Butch’s life will be celebrated with a memorial service Monday, Jan. 13, 11 am, at Trinity Lutheran Church on Washington Island, with Pastor Alan Schaffmeyer officiating. He will be laid to rest in the Washington Island Town Cemetery at a later date.

Visitation will precede the memorial service, 9-10:50 am, at the church.

In lieu of flowers, memorials can be made in Butch’s name to the Jackson Harbor Maritime Museum or a Washington Island organization of your choice.

“Our family would like to express a heartfelt thank-you to the Washington Island Rescue Squad and Robb and Marcia Carr for all their care, support and love, especially during the last few days.”

Casperson Funeral Home in Sister Bay is assisting the Jess family. Expressions of sympathy, memories and photos of Butch can be shared through his tribute page at caspersonfuneralhome.com.