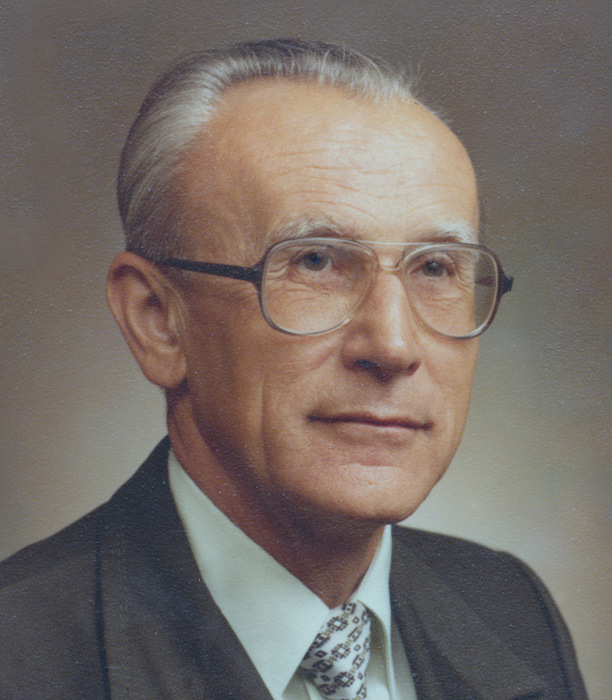 He was born on October 7, 1920, to Rudolph and Ella (Polkow) Berg in Sturgeon Bay.  Ralph graduated from Wilson Grade School, Sturgeon Bay High School, and Manitowoc Business College. He enlisted in the United States Army in 1942 and spent 34 months overseas with the 3rd Infantry Division (Signal Company) and was awarded seven battle stars for campaigns in North Africa and Europe plus the Bronze Star and other commendations.  After his discharge in October, 1945, Ralph returned to work at Leathem D. Smith Shipbuilding Company, which later became Christy Corporation. He joined Peterson Builders, Inc. in 1967 and retired from there as Vice President of Finance in December, 1986.

On October 9, 1948, Ralph married Dorothy Louise Schumacher at the United Methodist Church in Algoma, and they have enjoyed over 67 years together at their home in Sevastopol.

Over the years, they enjoyed traveling, square-dancing, cross-country skiing, collecting antiques, and tending to their home, garden and pets. Ralph and Dorothy were charter members of the Cherryland Drill Team and helped with the Special Express Project for many years. Ralph served nine years on the Sevastopol School Board and has held various church and community offices and committee appointments. He is a member of the United Methodist Church in Sturgeon Bay and was a member of the Door County Historical Society and the Door County Maritime Museum.

He was preceded in death by his parents; infant sister, Dorothy Berg, and sister and brother-in-law, Ruth (Rudy) Petzka.

Funeral services will be held at 11:00 a.m. on Saturday, October 31, 2015, at the United Methodist Church in Sturgeon Bay with Rev. David Leistra officiating. Ralph will be laid to rest with full military honors at Schumacher Cemetery.