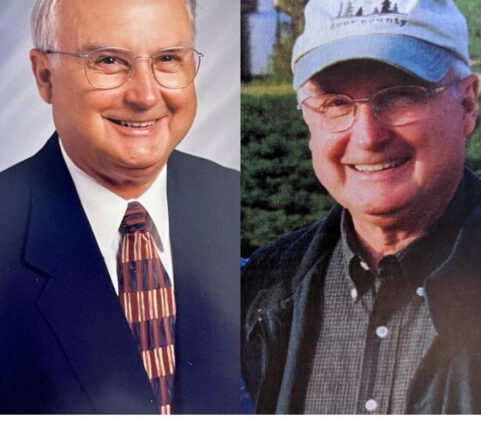 Robert (Bob) Frederick Dahlstrom peacefully died on Saturday May 14, 2022, at home in Rockville Maryland.  He was born in April 1935 to the late Samuel and Alida (Logerquist) Dahlstrom of Sister Bay, Wisconsin.  Bob was the youngest of five siblings Kenneth, Lawrence, Donald and Eleanor Larson.  Bob graduated from Gibraltar High School in Fish Creek, Wisconsin in 1953.

Bob served in the United States Army from 1957 to 1959 and was stationed at Fort Amador, Canal Zone, Panama. He was honorably discharged from the US Army Reserve in 1963.  He graduated from Door-Kewaunee County Teachers College, Algoma Wisconsin (1957) and earned a Bachelor’s degree (1961) from University of Wisconsin (UW), Oshkosh and Master’s (1967) and Specialist (1974) degrees from UW-Superior.

Bob taught 5th and 6th grade in Menasha and Oshkosh, Wisconsin before teaching in the American Panama Canal School System. In the Canal Zone, Bob taught at Diablo and Los Rios Elementary Schools, was Data Processing Coordinator for Canal Zone Schools, taught Data Processing at Canal Zone College, was Supervisor of Elementary Instruction, Principal at Balboa Elementary School and Curundu Junior High School and was promoted to Assistant Superintendent and Assistant to the Director of Education, Department of Defense Schools, Panama Region.  After retiring from Canal Zone Schools in 1987, he became Principal and Superintendent of his Alma Mater, Gibraltar School District in Fish Creek, Wisconsin. Bob and his wife Martha retired from the Gibraltar School District in 1997 and spent their retirement in Rockville, Maryland and their summers in Sister Bay, Wisconsin on the farm where Bob grew up. Bob enjoyed living in the farmhouse his grandparents built in 1889 and driving the same tractor he drove when he was in high school.

Bob was a devoted father and stepfather, and a frequent coach of his sons many athletic teams.  He was a man who could fix anything, he enjoyed carpentry and in retirement always had projects going for either his church or his family. He was a wonderful grandfather and uncle.

Bob was the family gatherer, hosting several gatherings and reunions in Sister Bay of Dahlstroms, Dahlstrom-Johnsons and Logerquists, and proudly MC’d these events.  He loved his many aunts, uncles, cousins and nieces and nephews in the Dahlstrom, Dahlstrom-Larson, Dahlstrom-Johnson, Logerquist and Ely-Lane families.

He enjoyed vacationing in Florida, Door County Wisconsin, sailing on several cruises, spending time with his children and family and friends, especially enjoying Recess (his boat).  He loved the Green Bay Packers, was a proud cheesehead/lifelong fan and shareholder. He loved following the Washington Nationals baseball team and attending games at Nationals Park.

He made many lifelong friends from his home in Door County Wisconsin, the Army, his many years in Panama and childhood friends of his wife Martha. Bob loved sharing his wonderful voice and his passion for singing, in several church choirs and quartets. He always had an open mind, an open heart and open hands. Quick with a joke, slow to anger, exceedingly patient. He will be sorely missed.

He was preceded in death by his wife Martha (Ely) Lane Dahlstrom, Eric Lane and Scott Federhen.

He loved and is loved by those that precede him and his entire family:

As well as extended family and family friends and mother and father Linda (Pearl) Dahlstrom Carter and Howard Lane.

Memorial Service and burial will be held this summer in Door County, Wisconsin.

Donations in remembrance and or condolence may be made to benefit two of Bob’s passions the Sister Bay Historical Society and his love of music and choir for the Door Community Auditorium which he helped establish.

online: https://sisterbayhistory.org/donate/
US mail:  Sister Bay Historical Society, P.O. Box 34, Sister Bay, WI 54234
In support of Door Community Auditorium Expansion – to assist with creation of a lending library for sheet music and possibly musical instruments.  Donations in any amount will be honored on the donor wall.

Please designate for: The Lending Library at the Future Door Community Annex – in Memory of Bob Dahlstrom