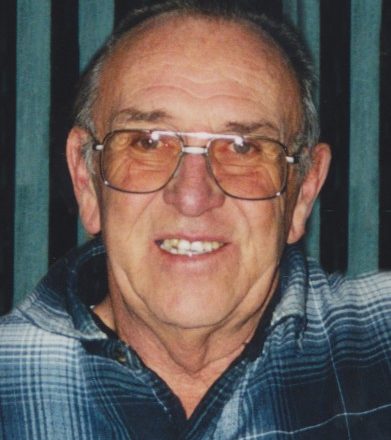 He was born on March 10, 1939 in Forestville, the son of Richard and Vinnie (Willems) Hafeman. Roger graduated from Brussels High School. On September 3, 1971, he married Nancy Carol Keller at Holy Name of Mary Catholic Church in Maplewood. They were blessed with over 43 years of marriage. Nancy preceded Roger in death on March 12, 2015. He had worked for Zettel Construction then for Door County Highway Department where he retired after 31 years.

He was a member of St. Peter’s Lutheran Church in Forestville. Roger enjoyed motorcycling with Nancy, and together, they were a part of the Door Devils Motorcycle Club. He liked to hunt and fish. Roger also was an avid sports fan of the Packers, Badgers, and Brewers. Most of all, he loved and adored his grandchildren and great-grandchildren.

Roger will be deeply missed by his children, Rick Hafeman of Green Castle, IN, Debra Varga of Corbin, KY, Jim Rudy, Steve (Linda) Rudy, both of Sturgeon Bay, eight grandchildren; nine great-grandchildren; and brother, Robert (Carol “Dolly” Hafeman of Algoma and their children, Shelly and Scott.

He was preceded in death by his parents; and his wife, Nancy; and niece Laurie.

Funeral services will be held at 11:30 am Tuesday, July 25, 2017 at St. Peter’s Lutheran Church in Forestville with Rev. Christopher Jackson officiating. Entombment will be in St. Joseph Cemetery Mausoleum in Sturgeon Bay.

Family and friends may call at the church, Tuesday morning, from 10 am until the time of the service.

Memorials may be given to Unity Hospice in his memory.

Huehns Funeral Home & Cremation Services is assisting the Hafeman family with arrangements. Expressions of sympathy, memories, and photos of Roger may be shared with his family through his tribute page at www.huehnsfuneralhome.com.