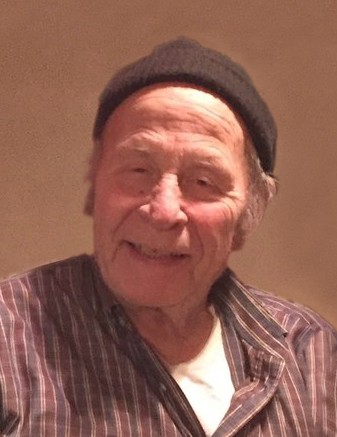 Roland Russell DeLair, 84, of Sturgeon Bay, died peacefully at home with his wife by his side on Sunday morning, October 3, 2021.

He was born November 5, 1936 in Sturgeon Bay, son of the late Henry Amos and Hazel Lilly (Crass) DeLair. He graduated from Sturgeon Bay High School with the Class of 1955. Roland and Donna Mae Wilke were united in marriage on May 15, 1955. Roly worked over 20 years with the automotive industry and worked at Ernie Jackson Auto, Ralph Parie, Johnny Shack, Art Hayes, Malvitz Furniture, Howard Serrahn, Louie Onsager, and was an excavating truck driver. He then worked as a mechanic for the Door County Highway Department for over 30 years until his retirement in 2008. Roly was a member of Antique Power Association, 306 Bombardment Group (306 Flying Training Group), and Chilton Historical Society. He enjoyed fishing, water sports, mechanical putzing, animals, traveling, and spending time with his family.

He was preceded in death by his parents, Henry and Hazel DeLair; son-in-law, Lonnie Resler; six brothers; four sisters; and several other family members.

Roly’s life will be honored with a funeral service at Huehns Funeral Home on Monday, October 11, 2021 at 1:00 p.m. He will be laid to rest in Bayside Cemetery.

Visitation for family and friends will be held at the funeral home from 11:00 a.m. until the start of the funeral service. Masks are optional for those in attendance. In lieu of flowers, memorial donations can be directed to the family.

The family wishes to extend a heartfelt thank you to Compassus Hospice for their care and support.

Expressions of sympathy, memories, and photos of Roly may be shared with his family through his tribute page at www.huehnsfuneralhome.com.