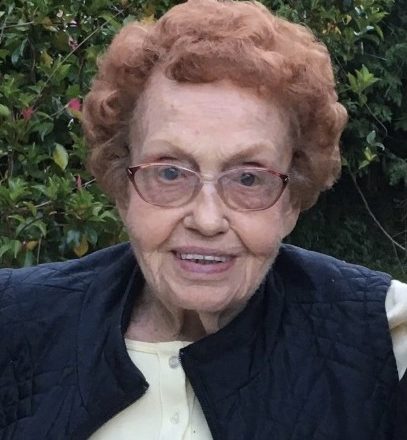 She was born November 16, 1924, on Washington Island, daughter of the late Oliver and Esther Katherine (Hanson) Bjarnarson. After graduating from Washington Island High School with the Class of 1942, she attended nursing school in Chicago. Upon graduating, she returned back to the Island to begin her career. Shirley worked as a nurse for several doctors and helped deliver many of the babies born on Washington Island. Although she retired in 1994, she still volunteered for the American Red Cross, instructed the Scandinavian Fest, and served as secretary/treasurer for Trinity’s Sunday School for 30 years. Shirley was also a member of the American Legion Auxiliary, Altar Guild, and a lifelong member of Trinity Evangelical Lutheran Church.

Visitation for family and friends will be held from 9:00 a.m. until 11:00 a.m. at the church. Per the CDC guidelines, masks are recommended for those who are unvaccinated.

Shirley’s family wishes to extend a heartfelt thank you to Unity Hospice, Paula McDonald, and the countless Islanders, family, and friends who looked after and cared for Shirley.

Casperson Funeral Home & Cremation Services of Sister Bay are assisting the family. Expressions of sympathy, memories, and photos of Shirley may be shared with her family through her tribute page at www.caspersonfuneralhome.com.