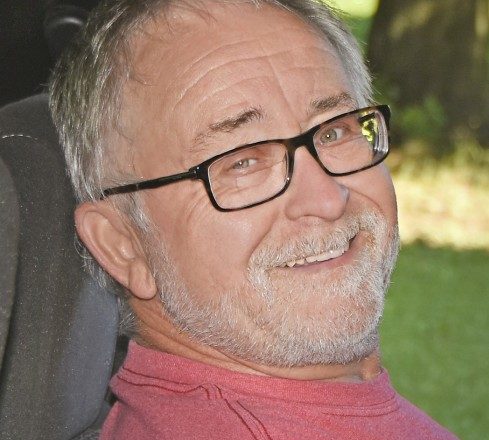 He was born at home on the family farm in Kodan in the Town of Ahnapee, Kewaunee County, on Christmas Eve in 1946, the son of Walter Julian Deprez and Josephine Adeline (Chaudoir) Deprez. Wally attended Kodan School and St. Mary Parish in Algoma. Sharing the name of his father, he often identified himself as “Jr.”. Wally graduated from Algoma High School with the class of 1965.

He enlisted with the United States Army Reserves in 1966 and assisted with transportation and riding the LARC’s (amphibious vehicles). Wally was honorably discharged from the Reserves in 1972. Through a mutual friend, he met Louann Belle Hanson. They were united in marriage at Louann’s home church of St. Peter’s Lutheran Church in Forestville.

In the mid 1990s, he and Louann renovated Hanson’s Bar downtown Forestville, which her parents previously owned for several decades. Wally and Louann sold the bar after a year.

Wally attended Corpus Christi Catholic Church in Sturgeon Bay in his later years and was currently a member there. He loved spending time in his garden, but his real pride and joy was his property across the street from his (Town of Clay Banks) home. Wally and Louann spent over twenty years planting and nurturing the property into the wooded “haven” that he was so fond of. Together, they shared over 32 years of marriage. Wally and his brothers, Kenneth and Mark, also shared a love for Corvettes and going for drives.

He will be missed by his special friend, Sandy Chlubna of the Town of Egg Harbor, with whom he enjoyed over nine years of companionship with; five siblings, Kenneth (Sally) Deprez of Green Bay, Mark (Carol) Deprez of Hartland, Allen (Susan) Deprez of Kodan, Carol Iwen of Algoma, and Dianne Brans of the Town of Forestville; former wife, Louann Deprez of Algoma; Louann’s brother (Wally’s neighbor), Otto (Rhonda) Hanson of the Town of Clay Banks; many nieces and nephews; other relatives; and friends.

At Wally’s request, no services will be held.

Huehns Funeral Home, Inc. & Door County Crematory LLC in Sturgeon Bay are assisting the Deprez family. Expressions of sympathy, memories, and photos of Wally may be shared with his family through his tribute page at www.huehnsfuneralhome.com.