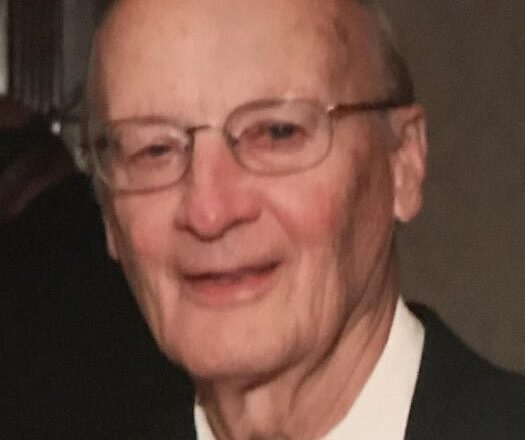 William “Bill” A. Haker died peacefully at the age of 91. He was born in Milwaukee and graduated from the University of Wisconsin. He served in the Army for two years and, after returning home, earned his master’s degree in finance at Marquette University.

Bill spent his entire career in the investment-management business, retiring in 2000 after selling the firm he started in 1976, W.A. Haker Investment Management. Prior to this, he held executive and investment-management positions in Milwaukee at Newton and Company and NN Investment Services. Bill was a Chartered Financial Analyst and a past president of the present-day CFA Society Milwaukee.

He was a lifelong Badger and a true fan of Wisconsin football. His love of the university was shared through the many personal relationships he developed over the years. Bill was a member of the Fox Point Police and Fire Commission for 31 years. He was also an active member of Fox Point Lutheran Church for 49 years, serving as a member and then chair of the Endowment Board for many years. Bill was a former board member of the Town Club in Fox Point, where he enjoyed paddle tennis and tennis with the same group of friends for more than 40 years.

Bill lived in Fox Point with his beloved wife of 58 years, Marilyn. He was the loving father of Michael (Jessica) Haker and Pamela (Anthony) Pecoraro and the cherished grandfather of Camille Pecoraro. He is further survived by other caring relatives and many wonderful friends who were the cornerstone of his life. He was preceded in death by his brother, Ed Haker.

A private burial was held at Little Sister Cemetery in Sister Bay. A memorial service will be planned later.

Casperson Funeral Home of Sister Bay is assisting the Haker family. Expressions of sympathy, memories and photos of Bill can be shared through his tribute page at caspersonfuneralhome.com.