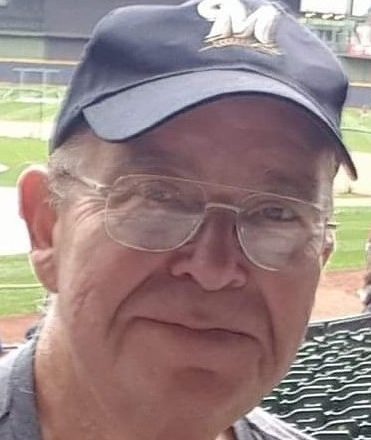 William D. Lindal, 79, of Sturgeon Bay and formerly of Washington Island, died at Door County Medical Center, surrounded by his family, after a two-and-a-half-year battle with pancreatic cancer.

Bill was born in Sturgeon Bay, the son of Daniel and Agnes (Hanson) Lindal of Washington Island. He graduated in 1958 from Washington Island High School. In February 1960, he went on a blind date with a city girl from Chicago, Joan P. Drueen. They were married soon after, on August 13, 1960, at Morton Grove, Illinois. Bill and Joan shared 57 wonderful years of marriage before her passing in March 2018.

Never one to sit idle, Bill always had two jobs. His unparalleled work ethic led him first and foremost to the Great Lakes as a commercial fisherman. In his early years, he also worked at American Motors in Kenosha. Upon moving his family to Door County in 1976, he worked for more than 25 years at Bay Shipbuilding and Roen Salvage as a tugboat operator. He retired (the first time …) from Bay Ship in 2003 and went on to work in maintenance for Premier Real Estate for 10 years (until his second retirement …) and then in maintenance at The Shallows Resort in Egg Harbor (his third retirement, in case you lost count). When Bill actually finally retired, he could be found stringing fishing nets for his son, Dan, and Kenny Koyen on Washington Island.

When Bill wasn’t working, he could always be found spending time with his family, whether watching the Brewers or Packers, going out for Friday-night fish and an old fashioned (or two), Sundays in the summer cheering on the Washington Island baseball team, and deer hunting at the “Washington Island Deer Camp.” He was an expert Christmas-breakfast maker and a master fish boiler. He was our “Poppy,” and he was the best.

Preceding him in death were his parents, Daniel and Agnes Lindal; wife, Joan Lindal; grandson, Will Lindal; and his trusted canine companion, Daisy.

Bill’s life will be honored with a funeral service on Monday, Nov. 25, 7 pm, at Huehns Funeral Home, with Pastor Frank Kauzlarich officiating. Burial will be on Washington Island in the spring.

In lieu of flowers, memorials may be made in Bill’s name to DOOR CANcer in Sturgeon Bay.

The family would like to thank all of the friends and relatives who stopped to visit with Bill, call him and send him cards these last few months. He was a humble man, and it meant more to him than he’d ever say.

Expressions of sympathy, memories and photos of Bill can be shared through his tribute page at huehnsfuneralhome.com.