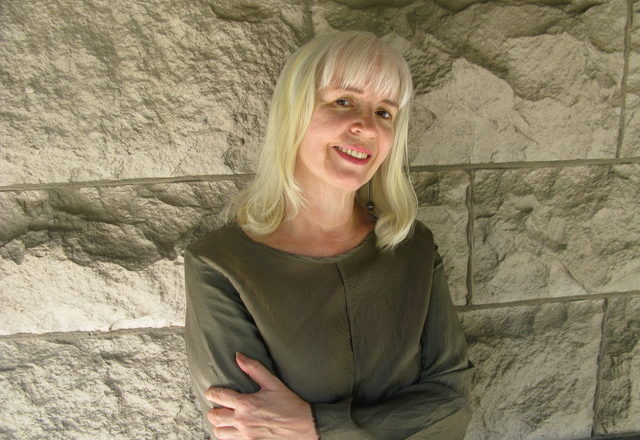 This month, Novel Bay Booksellers has been hosting a series of author signings featuring local and regional authors. On July 25, 1-3 pm, author Margaret Hermes will be at the store at 44 N. 3rd Ave. in Sturgeon Bay to sign copies of her newest release, The Opposite of Chance.

Hermes has a longtime connection to Door County, visiting as a child in the 1950s. She grew up in Chicago proper with her four brothers and an aunt – a situation she believes led her to becoming an avid reader and writer.

Hermes’ work has appeared in numerous magazines and literary journals, and her story Guilt by Association was an honorable-mention selection in the 2020 Hal Prize fiction category.

In The Opposite of Chance, Betsy, fleeing the shock of her husband’s infidelities, embarks on a solo trip to Europe that changes her life in unexpected ways. Armed with a book of travelers’ phrases and a Swiss army knife, she brushes up against possibilities for connection, almost entering the life stories of the strangers she chances upon.

I sent Hermes a few questions to learn more about her book, writing style and advice for budding creatives.

Grace Johnson (GJ): The Opposite of Chance is the story of a woman searching for her independence, free from the influence of her former husband, which was inspired by your own solo travels after your separation. During your own travels, you insisted on going it alone, even though people offered to have you join them. Why was it important for you and your character to go it alone?

Margaret Hermes (MH): Like my protagonist, I’d been fairly sheltered when young. Growing up in a large family, I shared a small bedroom with my maiden aunt until I went away to college, and then I married three months before receiving my degree. I’d never really been on my own. I wanted to learn to navigate solo and sent my main character on a journey to become a traveler rather than a tourist. I had learned that if you are traveling alone, every encounter is significant. Each interaction can send you in a different, uncharted direction, geographically or inwardly.

GJ: You’ve been working on this book for 40 years. That’s a long time to be sitting with one character. Do you feel a little sad to see an end to Betsy’s story, or does it feel more like a completion of that time in your life?

MH: The joy of this book – and what made me want to return to it after long breaks – is that I wasn’t confined by my principal character. She doesn’t even appear in the alternate chapters. I have never come across quite the same structure in a novel.

In the odd-numbered chapters, we see Betsy and the people she encounters. In the even-numbered chapters, the reader learns what transpires in their lives after she has moved on. And the perspective shifts to that of those other characters. The reader not only meets – but sees the world from the vantage of – a Lebanese Muslim setting out for Mecca, a young Pakistani gambler who is concealing his profession, a French financier who grew up on a rabbit farm, and so on.

And, in a way, the entire novel is more of a beginning of Betsy’s story than an ending. That’s in contrast to my own backpacking adventure, which did, I think, mark the completion of a period in my life.

GJ: In a blog you wrote for LitHub, you discussed the pact you made with a neighbor to complete work in your respective fields within a year. There was a moment I really liked when you wrote, “… we came to the realization that by failing to finish anything, we were keeping ourselves safe from exposure; from having our work read, seen, judged.” What is your advice to other creatives who are nervous about putting their work out there for the general public?

MH: Well, if, like my friend and I, you are failing to finish anything, then I heartily recommend entering into an agreement with another suffering from the same malady. If your acquaintances are not so afflicted, set a deadline just the same for your work to be shown to another person who has committed to nudging you to completion. But I wouldn’t recommend revealing your work in installments – the goal is getting a first draft or a portfolio completed before submitting it for appraisal or revision.

For those who have accomplished the task of getting to The End, I would urge you not to take rejection personally. Your story or your landscape might be stunning, but – on that particular day at that precise time – it didn’t appeal to that benighted editor or that dispirited curator. Editors – and directors and gallery owners – all have their own idiosyncrasies, as well as moods and budgets and bad days.

Simply put, a pile of rejections doesn’t mean your work is without merit. It’s incredibly hard not to get discouraged by rejections, but it is crucial to learn to view them as unavoidable hurdles in getting closer to acceptances.

GJ: Can you explain the book’s title, The Opposite of Chance?

MH: Ah, the title. My working title was There and Back. I like the unambiguous crispness of that. It conveyed that this was a book about a journey, and it accommodated both kinds of chapters. However, the editor and publisher thought it lacked pizzazz.

I spent an absurd amount of time over the course of several months trying to come up with a title that would satisfy us all. I kept a notebook handy to jot down possibilities. Friends emailed their suggestions. None of these seemed to work for the novel as a whole. The title couldn’t reflect only Betsy’s experience; it had to encompass the stories she didn’t appear in.

Finally, I decided to reread the manuscript – while I was traveling (!), right before the pandemic set in – to see whether any internal phrases leapt out at me, and “the opposite of chance” did just that. I like that those words simultaneously contain both the notions of fate and of randomness. That seemed to me to convey the essence of the various encounters and their aftermaths.

GJ: I saw on your website that you write everything by hand (same here!). Do you think it makes a difference in your storytelling process? What is your favorite writing implement?

MH: I do think the physical action of handwriting first drafts helps me to spin out my thoughts, sort of like setting gears in motion, and I bemoan my granddaughters (budding novelists!) not being schooled in cursive writing.

My favorite writing tool is the Pilot Varsity fountain pen with blue ink, but I never seem to be able to lay my hands on one when I’m ready to write, so I mostly use BIC “soft feel” bought in bulk.

GJ: What are you currently reading?

MH: Along with a summer reading group, I am plodding my way through Dostoyevsky’s Demons. I am having a hard time believing this novel is by the same guy who wrote The Brothers Karamazov.

Recently read, and more satisfying, was The Giant, O’Brien by Hilary Mantel. Weighing in at less than 200 pages, it’s not your typical Mantel door stopper. Mantel makes the voice of the giant sing, whether he is telling a tale of the little people or recounting his plans for the money he’s earning by being displayed as a freak. I wished he would never stop speaking.

GJ: What is one thing you want to leave our readers with? It can be a piece of wisdom, a joke, a musing – dealer’s choice!

MH: So tempting. I love humor and delight in those instances of managing to get it down on the page. But I think the one thing I wanted most to convey to the reader of my novel was not Betsy’s growing independence, but a sense of empathy – something not always evident in Betsy herself, as in her response to the puerile lawyer from Florida who turns out to have vulnerabilities she can’t imagine. For me, The Opposite of Chance isn’t just about a woman and the people she meets while traveling. It’s about trying to understand the circumstances – family, nationality, income, class, race, gender, religion, education, skills – that shape us so differently. As a writer, it was about, first, trying to look out from their eyes and, then, trying to share their vision with a reader.