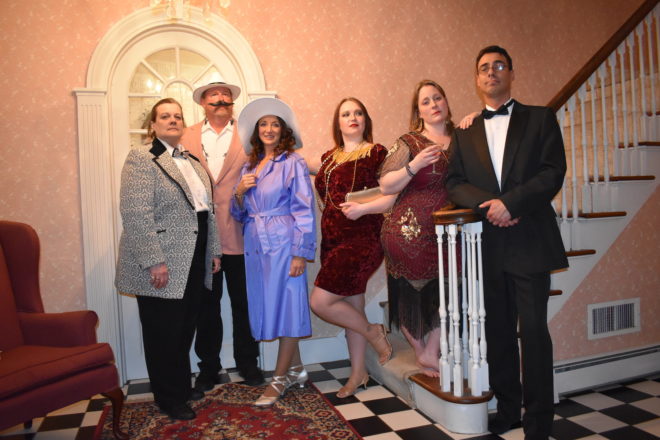 One of the cast members of ”Dead Tuesday” will not make it to the end of the show. Which will it be? Submitted.

Directed by Stuart Champeau, Dead Tuesday takes place during Mardi Gras at Bob and Bunny Boudreaux’s New Orleans mansion. All of their guests have dark secrets that are about to be revealed, and one of them will be murdered. Only international playboy François Fibian V can solve the murder.

A show-only performance will be held April 13, 2 pm, at Prince of Peace Lutheran Church. Tickets are $15 and can be purchased by calling 920.818.0816. Learn more at facebook.com/roguetheater.