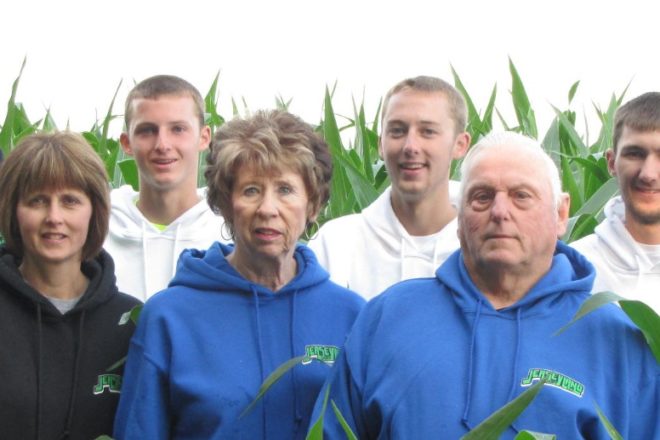 Randy Schmidt wishes everyone could see the big picture that he sees as a fifth generation farmer and the only CAFO (concentrated animal feeding operation) owner in Door County.

“I have three boys. I want to provide a future for them, just like my parents did for me, I don’t know why that’s a bad thing,” he said in a sit-down with the Pulse just a week after a punishing public hearing he, his family and employees endured regarding a permit renewal for their farm, S&S Jerseyland Dairy in Forestville. “The technologies we are looking at down the road, it’s endless. To me it’s a great thing. To always improve and leave the land in better shape than when you took it, that’s what we do. It’s in our blood. It’s hard to sit and listen to people tear you apart instead of coming to the farm and asking, ‘Hey, what are you really doing?’”

Instead of being a pariah in his hometown, Schmidt would like to be recognized as a good businessman and solid pillar of the community.

“Instead of a big bullseye on our back, I wish someone would give us a pat on the back,” he said. “There are a lot of good things we do here. We employ 80 people, in summers it’s pushing 100. We’ve got close to a $4 million payroll on the farm.”

He hates the term “industrial farm,” especially when applied to his operation.

“People look at CAFOs as if they’re not family. Every part of this is family,” Randy said. “I don’t know where that disconnect came from.”

As solid proof, his parents and all three sons are involved in the operation.

Tanner, 22, is the middle brother who took control of dairy operations at the age of 20 after earning an associate degree at Fox Valley Technical College. He is excited about the future of farming and the abundance of opportunities for bright young people to make good livings in agriculture.

Most importantly, he proudly accepts the responsibility bestowed on him and recognizes it was the hard work of his parents and grandparents and others who came before him that gave him the opportunity to succeed on his own terms.

“I was fortunate enough to have parents who had something for me. Not everyone is,” Tanner said. “I was able to take the opportunity to jump in. Everybody’s family here. I get to see grandma and grandpa, mom and dad, my two brothers, and the family we’ve created here. It makes it not work.”

“I’m proud to have my three sons on the farm and working with my dad, a fifth generation farm, pretty lucky,” Randy said. “I go home at the end of the day and feel so good about our accomplishments, and then you look in the newspaper, or turn the TV on or listen to the radio, and it just takes the winds out of your sail. Where did this get so twisted?”

“People don’t want to know,” said Randy’s wife, Dena. “They don’t want to take the time to understand what we do. They’ve made up their mind and you’re not going to change it.”

Randy mentions a neighbor with a beautiful “picture perfect farm” that everyone has in their mind when thinking small farm, milking 100 head.

“Guess what? He’s my age,” Randy said. “He’s sick of it. It’s hard to find help. He works from 4 o’clock in the morning to 8 o’clock at night. His two kids went away to college. His wife’s got a full-time job. He can’t get off the farm. He’s killing himself. But that’s the picture everybody wants to have. It’s beautiful. An aerial shot of that, it’s a pretty picture in your head, but you can’t make a living at it and ask your kids to come in. The next generation doesn’t want that. Nobody wants to work that hard today. So what did he do? He’s selling the cows and renting the land.” 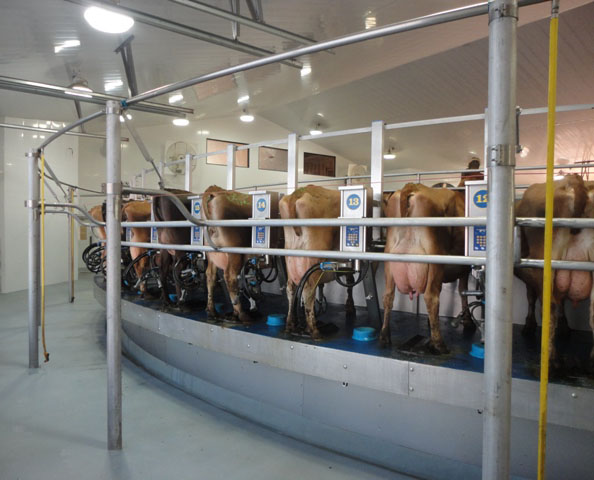 Randy points out that the way his father farmed back in the 20th century, the farmer had to be jack of all trades – agronomist, nutritionist, vet, maternity and calf specialist, herd specialist, mechanic, etc.

“The beauty of our scale, we can hire specialists for each department,” Randy said. “There’s enough work there. In a smaller operation it’s very hard to staff that. That model, it’s tough to sustain. Margins are so small today. It’s no different than any other business. There’s a scale of economy. It’s not an ego trip – you want to be the biggest. Hell no! We want to be the best.”

“Everyone says CAFOs violate,” he said. “Here’s our nutrient management plan. Every ounce of manure is accounted for. It covers every acre, every field. The record keeping is endless. There is so much regulation. Does your 100-cow dairy have to hire a compliance manager? No. This water quality, it’s our concern, too. We drink the water. Our employees drink the water. Our cattle drink the water.”

Randy said when he was growing up, he thought he would be milking 100 cows like his father before him, but a 1996 fire on the farm caused him to rethink the future.

The Schmidt family rebuilt their farm and fully embraced technology.

“We can’t go back to the way things were,” Randy said. “It’s going to continue to change and bigger changes are going to come faster than they ever have. It’s unfortunate you see these small farms disappearing, but they’re disappearing for a reason.”

The Schmidts are also seeing a disappearing interest in the agricultural culture of southern Door County.

“We’ve been giving agricultural scholarships to Southern Door kids for a while but the last few years, we never had any applications, and ended up giving it to fire and sheriff’s departments,” Randy said. “The opportunities in agriculture are not just on the dairy side, but the feed side, nutrition, building, ventilation, equipment, it just goes on and on and on. Everybody in the industry is looking for help. There is so much opportunity.”