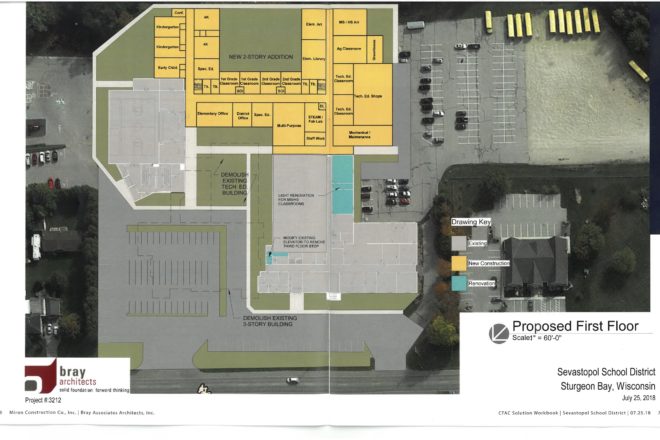 The Sevastopol School Board will be asked at its Aug. 16 meeting to place two referenda on the November ballot – a $25.1 million option to replace and renovate aging portions of the piecemealed school and a request to approve $2 million in operational costs for two years.

That was the conclusion of Sevastopol’s Citizens Facility Advisory Committee (CFAC), which convened last October to come up with a plan to update the school within a monetary framework taxpayers can support.

The decision at the July 25 CFAC meeting to go with what was called the basic option by the design-build team of Bray Architects and Miron Construction was effectively the end of the line for the citizen committee, and the decision to go ahead with the November referenda is now in the hands of the seven-member Sevastopol School Board. However, since the school board members were also active participants in CFAC, it seems likely Sevastopol School District voters will have the referenda on the Nov. 6 ballot.

The basic plan presented to the committee would demolish the 96-year-old three-story section of the school and the 1946 section being used as the technical education building and create a new two-story addition.

Miron Business Development Specialist Megan Prestebak presented options for both the November 2018 election and the April 2019, with costs rising at least 4 percent if they waited until April to present the capital referendum. She added that labor unions recently negotiated a 3½  percent wage increase, which could mean the projected 4 percent increase in April could be even higher. 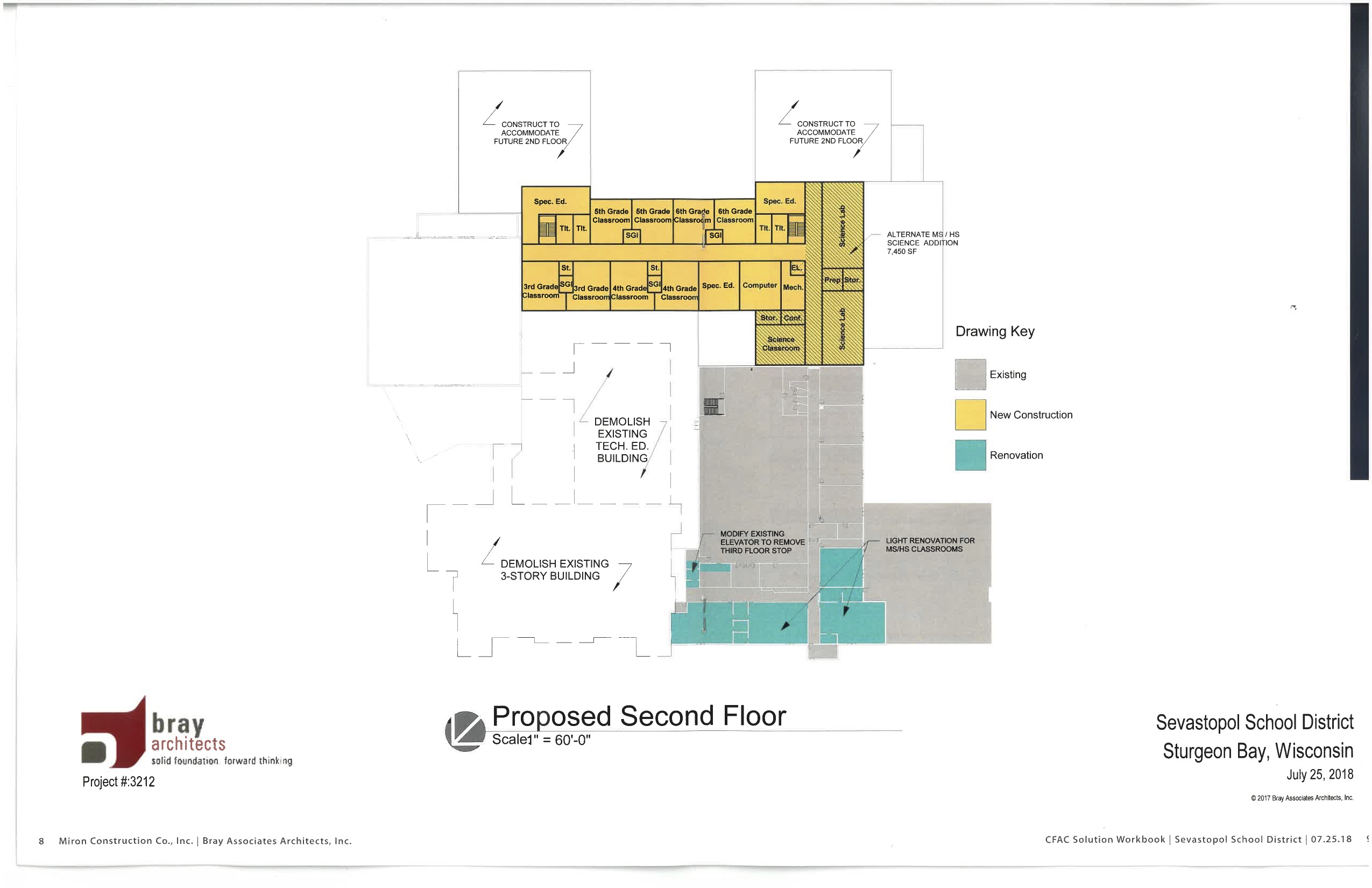 While the 35-member CFAC has fulfilled its charge and no longer has reason to meet, the members were invited to continue the work of educating residents with talking points about the project in order to gain support for the referenda.

The project gained momentum in June when a survey was sent to district residents to gather thoughts on two different school options – a complete rebuild at $57 million and a rebuild/renovate at $45 million. The survey had a 30 percent response (or 915 returned surveys), and only 40 percent of respondents supported the $57 million option and 37 percent the cheaper option.

The survey also asked if there is support for an operational referendum of $2 million for the next two years, representing an estimated annual increase of $33 for each $100,000 of a home’s value. Sixty-nine percent said yes, although that included 39 percent definite yes and 30 percent probably yes.