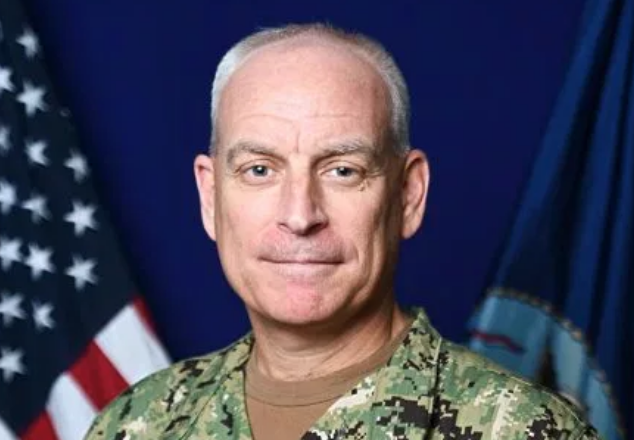 Meier will next report as commander of Naval Warfare Development Command in Norfolk, Virginia.

Schlise comes to CSG-10 following a tour as the deputy commander of U.S. Naval Forces Central Command and U.S. 5th Fleet in Bahrain. The Sturgeon Bay, Wisconsin, native previously commanded the USS Halsey and Destroyer Squadron 7. In his remarks, Schlise said he was eager to continue preparing the strike group for its eventual deployment.

“I am incredibly honored, humbled and excited to have the opportunity to command at sea once again,” Schlise said. “And to do so with this group of professionals from Strike Group 10 is a blessing and privilege beyond compare.”

Under Meier, CSG-10 assisted with training units worldwide through a variety of exercise events. His forces provided realistic and meaningful training for units deploying overseas.