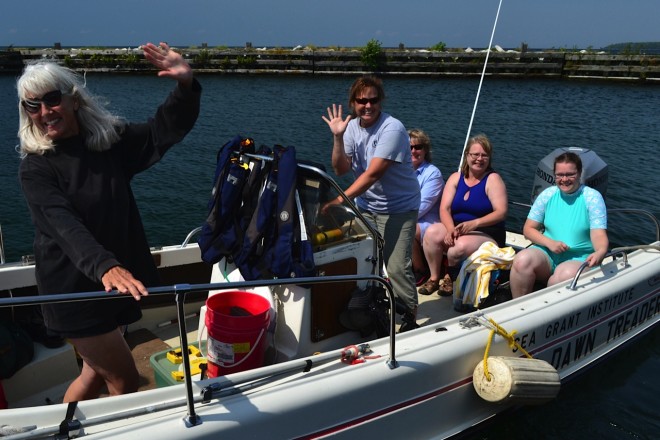 Wisconsin Historical Society underwater archaeologist Tamara Thomsen was on Plum Island Aug. 22 with a dive team to survey and document the wreck of the Grape Shot, an 1855 schooner that sank in 1867 just off Plum Island’s north shore. Thomsen’s visit aboard the Sea Grant Institute’s research vessel Dawn Treader was arranged in large part by Friends of Plum and Pilot Islands volunteer Mary Beth Volmer.

Volmer contacted the Wisconsin State Historical Society where she was put in touch with Thomsen who obtained a grant from the Wisconsin Coastal Management Program to put together a dive team made up of some of her university students. The information gathered by divers will result in a Wisconsin Maritime Trails marker which will be placed along the Plum Island shoreline near the site of the wreck. Research collected will also lead to the creation of a National Register of Historic Places nomination to be submitted in 2016. For more information visit wisconsinshipwrecks.org.