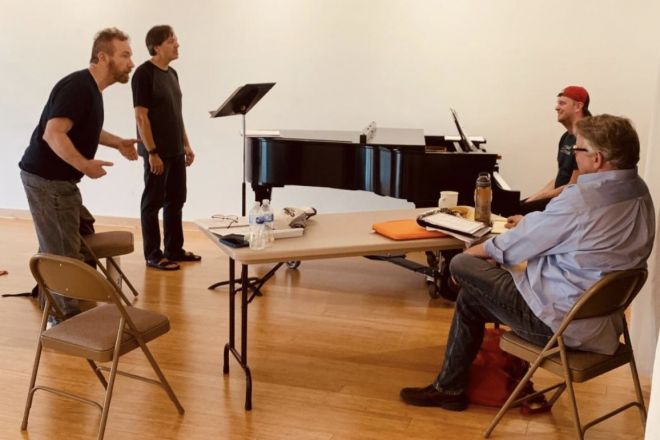 (From left) Doug Mancheski and Chad Luberger rehearse a musical number from Gutenberg! The Musical! while Ryan Cappleman accompanies on the piano and guest director Michael Stebbins watches. Submitted.

The play is a two-person musical spoof in which a pair of aspiring playwrights must perform a backers’ audition for their new project: a big, splashy musical about printing-press inventor Johann Gutenberg. With an unending supply of enthusiasm, they sing all the songs and play all the parts in their crass, historical epic, with the hope that one of the producers in attendance will give them a Broadway contract.