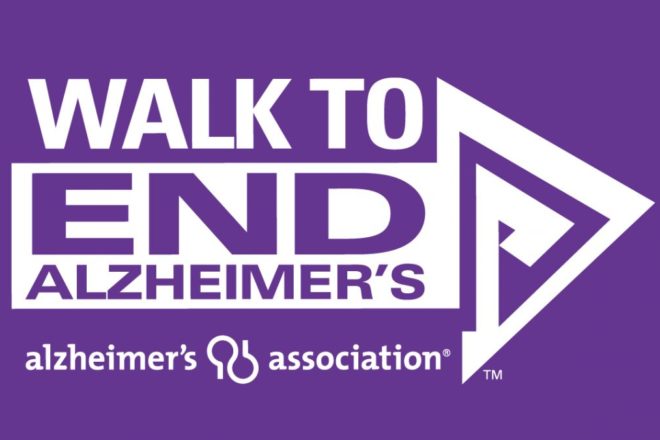 Alzheimer’s disease is the sixth-leading cause of death in the U.S. – it kills more people than breast and prostate cancer combined –  and more than 16 million Americans provide unpaid care for people with Alzheimer’s and other dementias.

“In the United States alone, $290 billion is what the disease will cost citizens in 2019,” said Maggie Lamal, walk manager for the Wisconsin Chapter of the Alzheimer’s Association. “It does have a very big, not just emotional impact, but it also has a financial impact.”

She added that, based on the care and support programs the association implements in Door County, it recognizes that Alzheimer’s is a leading cause of death right here.

“For Alzheimer’s, there are no survivors,” she said.

On Sept. 28, Lamal will oversee the 2019 Walk to End Alzheimer’s – Door County, beginning at T.J. Walker Middle School in Sturgeon Bay. Registration will begin at 8 am; a ceremony will take place at 9 am; and the walk will follow.

“We invite people who have lost loved ones, people who are living with the disease, as well as caregivers and supporters,” Lamal said.

In addition to raising funds for the ongoing research to end Alzheimer’s, the walk also raises money for Door County Alzheimer’s care and support.

“The walk is a huge celebration for all those who are together to fund the end of Alzheimer’s through research and making life more bearable for those with the disease and their caregivers,” she said.

Caregivers – most often friends and family of the person who has the disease – are also its victims.

“It’s detrimental to both individuals,” she said. “I personally have numerous family members who have had the disease, and just to see how they progress through the different stages … it’s a little scary because it is hereditary. It’s a very sad disease to watch someone you love go through …. You’re kind of mourning them while they’re still alive.”

“The walk is an opportunity for all of those either affected by the disease or supportive of efforts to fight the disease to come together and raise funds and awareness for Alzheimer’s care, support and research,” Lamal said.