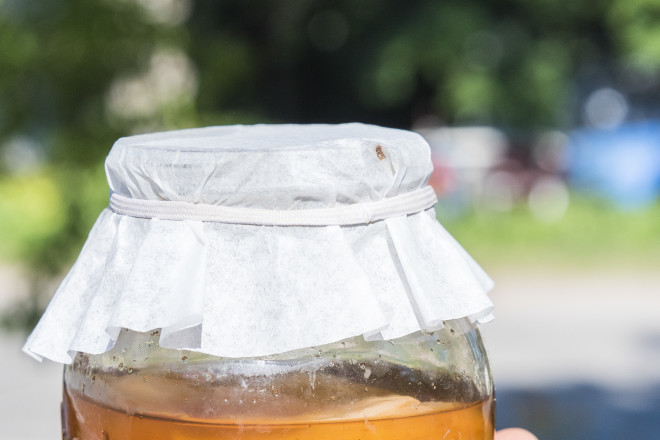 Scoby in the tea covered with a coffee filter to let air in but keep everything else out. Megan Lundahl making Kombucha at home in Sturgeon Bay. Photo by Len Villano.

Everything old is new again. It’s certainly the case with fermentation, the ancient method that preserves and enhances foods from kimchi to sauerkraut, and creates some delightful byproducts as well (i.e. alcohol). Lately, the local foods movement has made fermentation a battle cry, and “fermentation fests” are popping up from coast to coast. 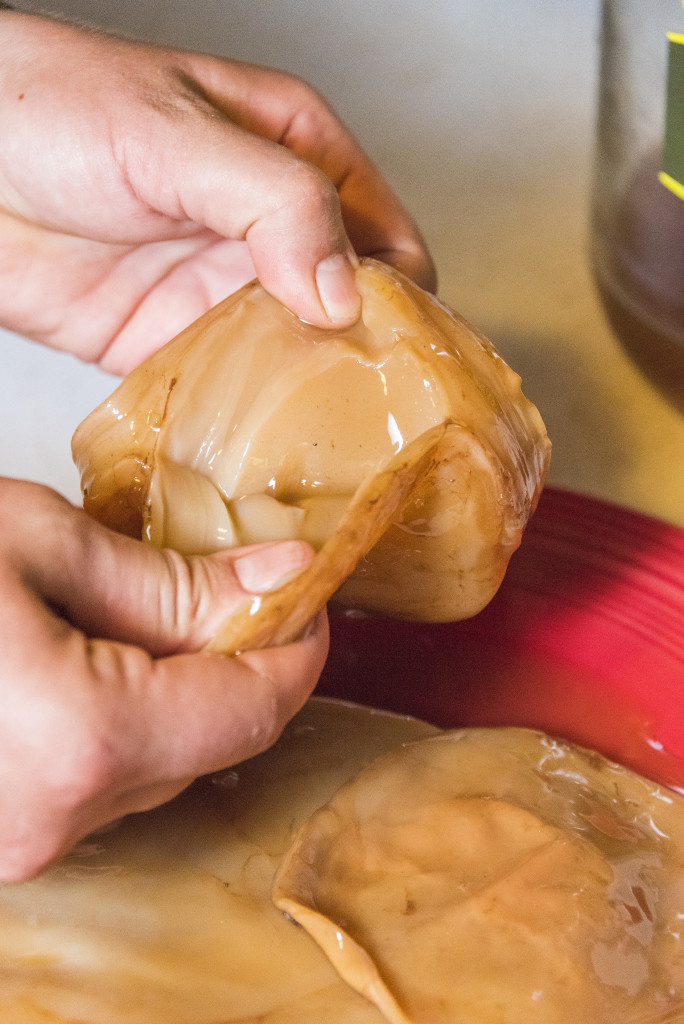 Scoby’s can be peeled apart to start a new scoby. Scoby feed on the sugar which is added to the tea mix. Megan Lundahl making Kombucha at home in Sturgeon Bay. Photo by Len Villano.

Kombucha, a fermented tea beverage, is steadily gaining in popularity due in part to commercial brewers, including Door County’s own Tapuat Kombucha, who brew their regionally distributed product and recently opened a tasting room in Sister Bay.

But like all commercially fermented products, Kombucha started humbly, brewed in vats, tubs and pots in people’s kitchens and basements. The beverage can be traced back 5,000 years to China, and then traveled to Japan where, according to legend, it was given to the emperor for “digestive difficulties.” Royalty notwithstanding, local homebrewers are trying their hand at the beverage that’s said to do everything from improving digestion, to boosting vitality and even preventing cancer.

“When my stepmother had cancer in the ’80s, she explored lots of alternative health options, and started brewing her own Kombucha. She sent all of us kids a ‘mother’ and we tried our hands at it.”

A mother, also known as a SCOBY (Symbiotic Colony of Bacteria and Yeast) is the mushroom-like starter culture of Kombucha, and starts the fermentation process in either black or green tea.

“I tried it for a summer, and then gave it up,” she says. “It was fun for a while, but it was a lot of work…you really had to tend it.” 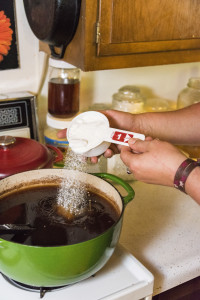 Sugar is added to the tea which feeds the scuby’s and accelerates fermantation. Megan Lundahl making Kombucha at home in Sturgeon Bay. Photo by Len Villano.

Megan Lundahl has been brewing Kombucha for a year and swears by the beverage’s ability to regulate digestion, balance her body and improve everything from her skin to her mood. She does, however, acknowledge that home-brewed Kombucha is “an acquired taste.”

Like many Kombucha aficionados, she talks about her SCOBY as if it’s a living, breathing thing, which it is, usually.

“I think my SCOBY died,” she says. “It’s under my bathroom sink right now, and I’ve been neglecting it. Fortunately, I gave some of it to my friend in Sister Bay, and she’s brewing, so I’ll be able to get it back again. I guess it will be like a grandbaby to my SCOBY.” She laughs.

For high school student Tommy Hauser, brewing Kombucha is part of his commitment to health. An avid skateboarder, Tommy brews about a gallon a week and shares the drink with his friends and mom.

“My sister doesn’t think it’s that good,” he says. He keeps a collection of SCOBYs in a jar, and has shared them with friends, too. “I try to drink it every day at the same time,” he says. “It gives me energy and really helps my immune system.”

Sturgeon Bay dentist and mom Jennifer Olsen not only brews Kombucha for her family, including her three young children, but also recommends Kombucha and other fermented foods to her patients.

“Anything fermented helps build healthy bacteria in the gut,” she explains, “that’s important for dental patients too since the oral cavity is the first part of that system.” 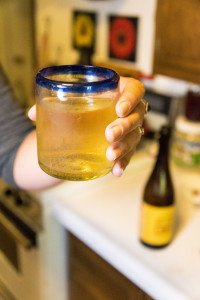 Jennifer received a Kombucha kit as a gift from her husband, and the family keeps plenty on hand. She has even been known to steep fresh fruit in her brew, inspired by the various flavors produced by Tapuat Kombucha.

Jennifer brews in a glass jug on her kitchen counter and has passed SCOBYs on to as many as 10 people.

“It’s like friendship bread,” she says. “It just keeps on giving.”