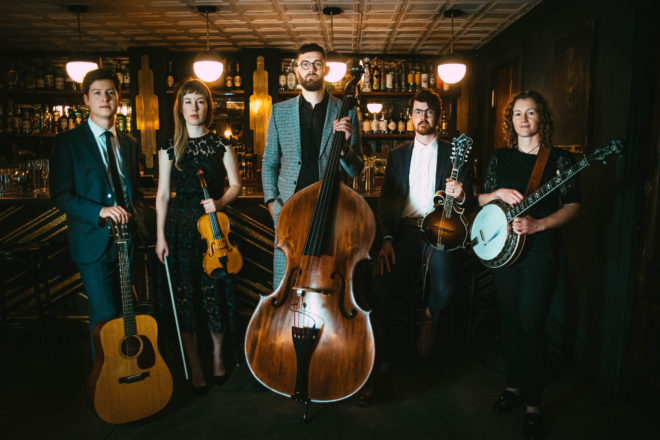 Mile Twelve, a Boston-based bluegrass band, will return to the White Gull Inn for a concert Jan. 30, 8 pm. Submitted.

Mile Twelve won the International Bluegrass Musician Association’s (IBMA) 2017 Momentum Award and was nominated for the 2018 Emerging Artist of the Year honor. The group’s debut full-length album, Onwards, received critical acclaim and earned the band time at the top of the bluegrass charts as well as an IBMA nomination for 2018 Instrumental Recorded Performance of the Year.

Although its sound is rooted in traditional bluegrass, Mile Twelve surveys a broader landscape on its latest album, City on a Hill. All five band members bring their own influences and observations to the music, resulting in a project that feels contemporary, thoughtfully crafted and relevant.

Concert tickets are $25. An optional pre-concert dinner served at 6 pm will include shepherd’s pie, mandarin-and-apple salad with orange poppy-seed dressing, and carrot cake.