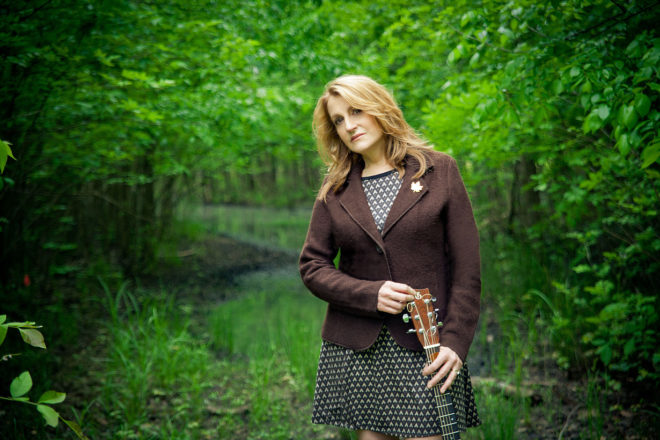 Grammy nominee Claire Lynch and her band will perform March 21, 8 pm at the White Gull Inn in Fish Creek. Long recognized and praised as a creative force in acoustic music, Lynch is a pioneer who continually pushes the boundaries of the bluegrass genre. Her career has been decorated with many accolades including three Grammy nominations, six International Bluegrass Music Association awards and the prestigious United States Artists Walker Fellowship.

Dolly Parton said Lynch has “one of the sweetest, purest and best lead voices in the music business today.” Her harmonies have graced the recordings of many stellar musicians. Equally gifted as a writer, her songs have been recorded by The Seldom Scene, Patty Loveless, Kathy Mattea, The Cherryholmes, The Whites and others.

In September 2016, Lynch released North By South – a tribute to Canada, which resulted in her third Grammy nomination for Best Bluegrass Album. The recording pays homage to some of her favorite Canadian songwriters, interpreting tracks from greats above the Great Lakes such as Gordon Lightfoot and Ron Sexsmith. Backed by current and former members of the Claire Lynch Band and some of the world’s finest acoustic heavyweights (Béla Fleck, Jerry Douglas, Stuart Duncan, David Grier), Lynch infuses the collection with her signature Bluegrass treatment.