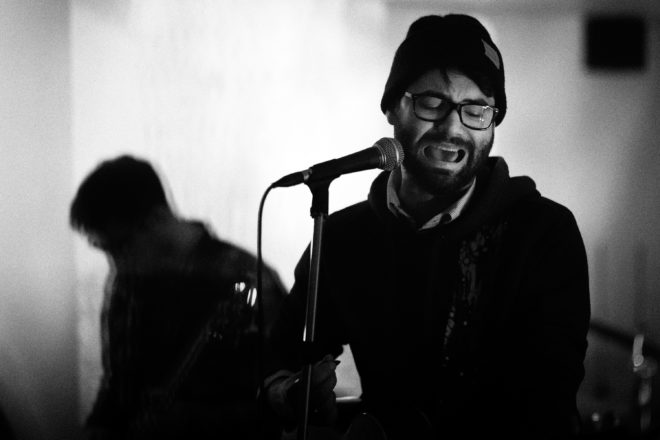 After the galleries and shops shut down during Algoma’s First Friday art nights, the entertainment continues at Ape’s Bar and Grill, 518 4th St. in Algoma.

Already into its third concert, the First Friday Winter Malaise Showcase features an eclectic assortment of acts, and each show begins and ends with local heavyweights Ben Luten and Hue Blanc’s Joyless Ones. All shows are free and begin at 10 pm. The main act is scheduled to start around 11 pm.

Taking the stage Feb. 7 will be Aluminum Knot Eye, a self-described “garage psych post-punk” group that has been producing music together since the mid-1990s.
The classic country and honky-tonk group Long Line Riders will perform “honest, familiar songs about unrequited love, loss, life and the open road thawed out and interpreted through a Midwestern lens” on March 6.
On April 3, get ready for the five-piece band IV (as in “intravenous”): a side project of Minneapolis punk-veteran conglomerate Color TV’s Phil Schwarz. The group’s sound is described as “aggro-razorwire hooks in a churning fever dream of relevant chemicals.”

The Winter Malaise Showcase is organized by members of Ben Luten and Hue Blanc’s Joyless Ones – both local rock acts and devotees of the regional independent music scene.