Generations of visitors to Door County have spent a summer afternoon picking cherries or milking goats at The Farm near Sturgeon Bay, but few would think they are participating in agricultural tourism. That definition is becoming more popular as two of Door County’s biggest industries cozy up.

“For the last two years we’ve really been taking a look at the agriculture tourism segment,” said Drew Nussbaum, regional tourism specialist with the Wisconsin Department of Tourism. Nussbaum also advises the Wisconsin Agricultural Tourism Association (WATA). “What we have found is that for the travelers there are segments of agricultural tourism that have really been picking up popularity.”

Nussbaum listed farmers markets as one of the top culinary-focused tourism activities in the state today. Previously thought of as a weekly stop for locals, farmers markets are becoming destinations for travelers. 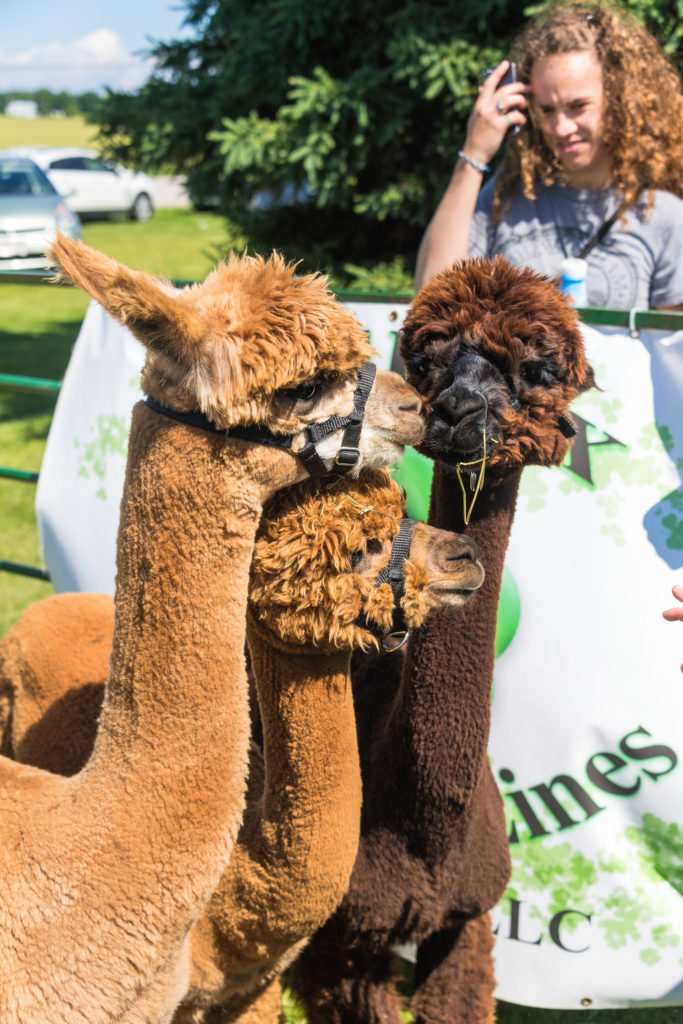 “All of those things have really become significant destinations where people will incorporate those activities into an overnight, week-long experience,” Nussbaum said. “It’s become a significant segment to agriculture tourism.”

But increasing interest in commercial agriculture, on both the small and large scale, has been the biggest shift in recent years. Small niche farms allow people to visit, tour and taste. Some large dairy operations will give tours to visitors.

Many say the shift is due to fewer people farming. In 2008, just two percent of the country’s population was directly employed by the agriculture industry. In 1930, it was 25 percent.

Tourism is built on experiencing things you don’t normally see or do in your everyday life. With just two percent of the population tied in with agriculture, its value in the tourism industry has grown.

“So few people are farming and they really have lost touch with, where does our food come from?” Nussbaum said. “People do want to see where [food] comes from.”

The Farm Wisconsin Discovery Center (FWDC), a 29,000-square-foot agricultural exhibition space slated for its grand opening outside of Manitowoc in July, also seeks to capitalize on this new interest in Wisconsin’s old farming tradition.

“This is primarily dedicated to the 98 percent of us that don’t farm and have no idea where our food comes from,” said Lauren Rose Hofland, FWDC interim executive director. She hopes visitors from outside the state and local schools will use the center to engage in the agricultural industry.

One thing that helped spur the growth of agriculture tourism was the passage of a state law in 2013 that limited the liability for having visitors on a farm.

“That law had a very significant impact in helping to protect farmers from lawsuits if someone would be accidentally injured on a farm,” Nussbaum said. “It went a long way into helping create an environment where farmers were not scared to have visitors on the farm anymore.”

Larger farms don’t necessarily think of it as tourism, but they hope showing visitors around will soften the public perception of a dark and scary farm.

“You read on the internet that farms are so hidden and non-transparent, you don’t know what’s going on there,” said Don Niles, owner of Dairy Dreams in Kewaunee County, in a meeting with four other area farmers. “We’ve got five of us here. Have you guys ever turned down someone that wanted to come onto your farm and see what you’re doing and how you do it? You’re kind of tickled when someone asks. We have to communicate better as to what we do.”

“We want people to come out here,” said Jake VandenPlas, who recently purchased a 40-acre produce farm in southern Door County on the corner of County S and Vignes Road. “We want you to see where your food is coming from, what it takes to grow your food and get the whole experience.”

With ties to the culinary scene, sustainability, conservation and nature, the agriculture industry has the unique ability to tap into tourism from many angles, contributing to everything that makes Door County a destination in the first place.