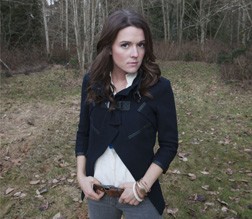 Dynamic Americana singer-songwriter Brandi Carlile returns to the Door Community Auditorium (DCA) to perform on June 23. Carlile is known for her deft songwriting, stellar backup band and an incomparable voice, which swings easily between gentle, honky-tonk twang and rock-and-roll power.

Since performing at DCA in 2010, Carlile has played hundreds of shows worldwide and released a fourth studio album, Bear Creek. Carlile’s diverse writing styles and infectious appeal as a performer have made her one of the fastest-rising stars on the Americana music scene ever since she released her self-titled debut album in 2005.

In her career, Carlile has toured nonstop, headlining innumerable shows as well as sharing the stage with artists like Shawn Colvin, Dave Matthews Band, Ray LaMontagne, and The Avett Brothers. On her bestselling records, Carlile has collaborated with Elton John and Indigo Girls. At DCA, special guests The Lumineers, a Denver-based roots revival band, will join Carlile. The Lumineers’ music is timeless and innovative amalgam of stomp-and-clap acoustic rock, classic pop, and front-porch folk. 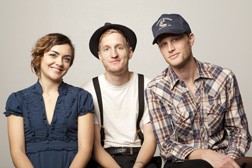