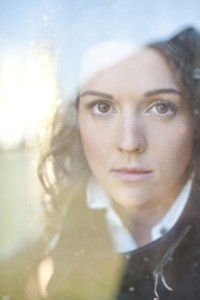 “I love playing smaller places, bringing music to the nooks and crannies. It’s a privilege to return,” says Brandi Carlile.

“I’m so psyched! I love seeing the name Fish Creek on my tour list – really cracks me up, sounds like a place I would build a house,” says Brandi Carlile reflecting on her return to Door County. Two years ago, the singer/songwriter known for her remarkable, soulful voice and incredible live performances wowed the audience at Door Community’s Auditorium in what became one of the most talked about shows of 2010.

“I love playing smaller places, bringing music to the nooks and crannies. It’s a privilege to return,” says Carlile, who will perform her diverse lineup of original songs featuring sounds influenced and inspired by honky-tonk, rock-and-roll, and folk on June 23 at 7 pm.

“Everything will be different,” says Carlile of her upcoming performance. “We have a new record, new drummer, new fiddle player. This is a really big tour for us.”

The beginnings of this tour were born from a place similar to Door County – Bear Creek, a barn-turned-recording studio in rural Washington, where Carlile and her band recorded their fifth major album, Bear Creek.

“Recoding studios in places like LA have a workman-style atmosphere. It’s a day job,” explains Carlile. “As an artist, your hours may be 9:30 pm to midnight. The day is over and you’re just getting started.” At Bear Creek, Carlile and her band could make their own hours and stretch their creative legs. “We played instruments we don’t actually play,” she says. “It was in the woods, and you could step outside and be by the creek…in nature.”

The record also stands as Carlile’s most personal to date.

“I say that for every record,” she admits. “Comes with the territory. I hoped to move the other way – like Bob Dylan and Woody Guthrie – write about politics or stories; but I moved towards more intimate, self-exposing songs. The songs are fewer, more difficult to create, more difficult to perform.”

But she maintains that surrounding yourself with a community of fellow artists makes the experience worth the effort to create and share your talents.

“It’s most important to play with others,” she says of musicians, beginning or seasoned. “Make yourself a part of a community,” she advises, “coming together creates movements.”

The night will undoubtedly be unforgettable – it’s already one of the most talked about shows of 2012.

Ticket prices for Brandi Carlile and The Lumineers range from $32 – $48. For more information or to purchase tickets call 920.868.2728, visit http://www.dcauditorium.org, or stop at the DCA box office. The box office is located on Highway 42 in Fish Creek and is open Monday – Friday from 12 – 5 pm.